A warm welcome to Tshedi Mholo 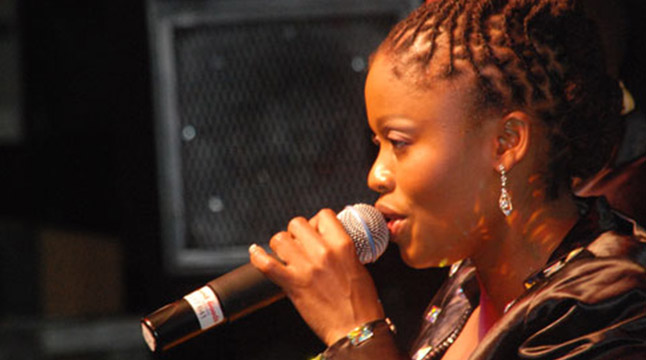 Matshediso Florence Mholo is one of those South African women who project confidence, strength, and genuine talent and find themselves in harmony with the multiple challenges the world poses. An outstanding Afro-pop singer, a mother, and a person of sagacity, she has earned the reputation of a woman with a perspective. She can make a difference wherever it is necessary not only her common wisdom but also background enthusiasm, and the unflagging energy which constantly helps her follow the path and be a success. There is no wonder that the existing crowds of marvelling fans are constantly expanding; it is Tshedi’s personality that attracts people and makes them fall in love with her gift, passion, charisma, and determination.

In spite of her fame and people’s excitement, she is still a modest person. It is a combination of humility and brightness that makes her attractive and interesting. Henceforth, she is regularly invited to various high-profile events and TV shows.

Tshedi with Bongani Ntshang and Jabulani Ndaba formed the group called Malaika, released their first album in 2003, they’ve won the hearts of millions all over the globe. They performed at the FIFA organized event in Sandton in support of the country hosting the World Cup 2010 in Africa, sending this message to the world, the group managed to do it immaculately. In 2004, Malaika was invited at the G8 Summitheld in South Africa, and further invitations followed one after the other. The next album, Vuthelani (2005), was yet another success and brought numerous awards such as the Kora for Best Southern Africa Group of the same year at the Kora Awards.  As new albums were released, the group remained at the top positions in various music charts and received many prestigious awards. Apart from that, Malaika has also shared stage platforms with other musicians, some of which are the American R&B singer Joe Thomas, Yvonne Chaka Chaka, Mya and the Manhattans to mention a few. The group is also known for the stunning live performance; the Inauguration of President Mbeki, the Birthday of President Obasanjo, 10 Years Democracy events, a great number of awarding ceremonies for teachers, athletes, and other awardees serve as a perfect example. Malaika has taken part in many charitable actions and has seen the group members participate in the world 46664, a campaign aimed to bring awareness of AIDS.

Furthermore, Tshedi Mholo’s professional activities are were not limited to Malaika as she successfully stands on her own and develops new ideas. In October 14th 2013 after years of being in and out of her individual studio sessions, the Victory album was released by Sony Music Africa (album is available on ITunes). Victory differs from everything Tshedi has been doing before. A listener will find a rich range of sounds reflecting a unique diversity of Africa and distinguishing this music from her previous works. The singer herself controlled all stages of recording and made improvements when it seemed necessary. At the same time, she conjoined with the well-known professionals in order to let her dream come true and these included Sipho Sithole, Guffy Pilani,Robbie Malinga, the Duo-The Fareinheitz (Angola), Mojalefa Thebe, Thaso, and Dj Choice are some of them. Currently, four (4) of her tracks are used on rotation in all the Nando’s restaurants in Great Britain.

A few of the awards won by the Group

Overall, one can only say the world is truly an oyster for Tshidi; replete with endless possibility and potential for this embodiment of the New South African Woman!