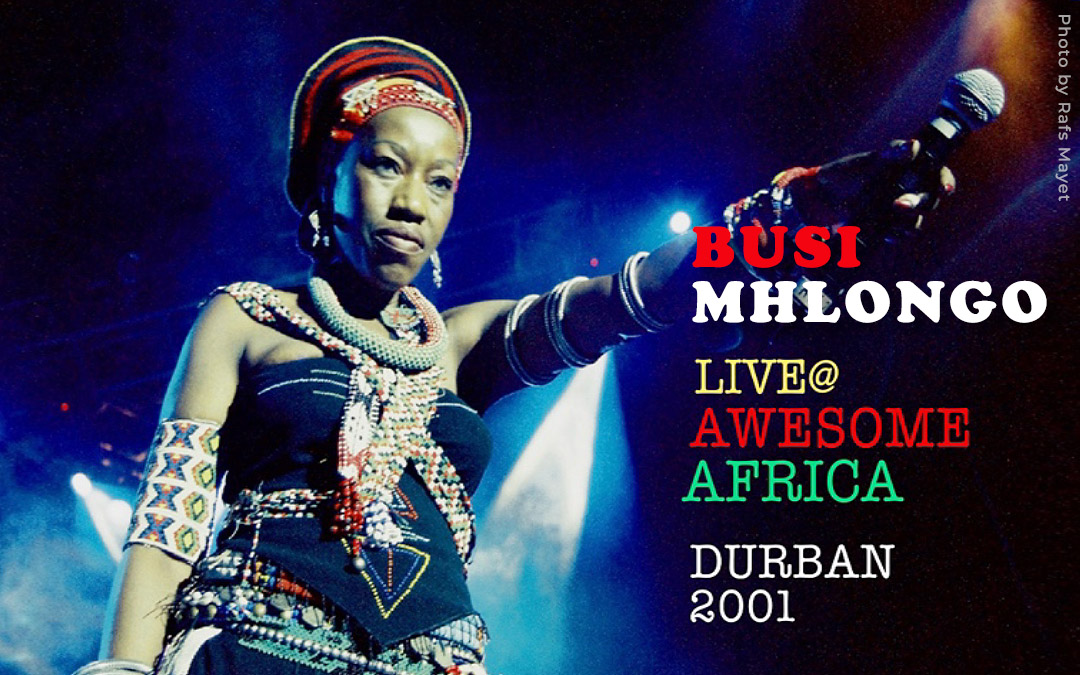 Early’s Big5 is proud to honor and add to Busi Mhlongo’s legacy with a premier release of her legendary 2001 Awesome Africa Festival concert. We are also delighted to shout out with Matsuli Music in celebrating the release of Urbanuzlu on vinyl for the first time.

In marking the June 15th date as the 10th Anniversary of Busi Mhlongo’s passing we thought it was the right time to share a previously unreleased 2001 concert recording. Dan Chirboli, founder of Awesome Africa Festival recalls: “There have been many memorable performances over the years, but for me Busi’s concert in front of an adoring home crowd was absolutely electrifying and unforgettable.”

Mpumi Mabuza-Mhlongo of Early’s Big5 is responding: “The idea of sharing this live rendition at Awesome Africa is such a thrill. It really reminds us how irreplaceable she’ll always be.”

Riding high on the local and international success of Urban Zulu, Busi Mhlongo understood and resonated with her fans at a time when South Africa itself was reeling from the aftershocks of political violence and governance challenges.

The 2001 concert features a unique 16-minute rendition of Ntantane from her album Babhemu – but it is the songs from Urban Zulu that swept her growing fan base into a collective state of rapture.