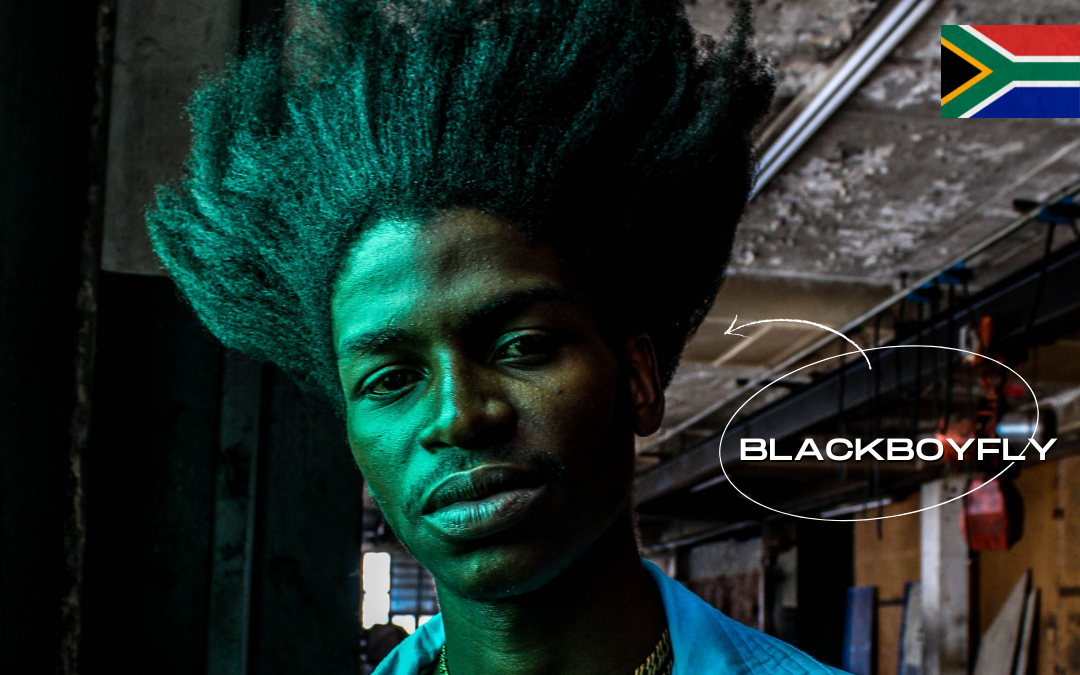 Real name Langelihle Zondi, BlackBoyFly is a South African Musician based in Johannesburg.  His music interest started at the age of 10 in 2009 as a rapper back in his hometown of Durban.

While pursuing rapping he decided to take his music more seriously by doing research on the music production and music industry, which opened a portal for him to meet and work with other artists.

Langelihle started to focus on his music by learning Music Pre and Post Production and took a break from rapping during the process of learning these production skills Which included Music Production, Vocal Tracking, Beat Production, Multi-DAWs, Film Scoring, Sound Design, Sound Engineering, and  Audio Mixing And Mastering.

In 2015 he decided to produce for other Artists and different Projects, then in 2017 he made his first house project titled ‘Lost House’ which brought attention to BlackBoyFly, He Dropped four tracks from the ‘Lost House’ album on SoundCloud.

In 2018 BlackBoyFly worked on a project called “For My FriendsII” by Oldskoolace, and he also worked on his duo project called ‘Same Kids’, both project’s singles were released on Soundcloud. Later in 2018 BlackBoyFly decided to release music more often, and by doing so realised that people were beginning to pay attention, he used that to his advantage and local record labels began attempting to recruit him.

In 2019 he released four EPs across multiple genres, all were released On SoundCloud and included ‘Future Modern Jazz EP’ (Jazz), ‘Gx2DCW EP (Gqom)’, ‘Amapiano Vibes EP (Amapiano)’ and the ‘Lo-Fi Box EP (Lo-Fi)’, this got him international features as well as national features.

As an independent artist, he has promoted his songs and got himself airplay from South Africa’s biggest Radio Stations including Ukhozi FM and Lesedi FM.

He also got music placements in clothing commercials with big brands Guess, Levi’s, and Studio88. Due to this he came to the attention of Sheer Publishing and signed a deal with them.

His latest project is available on SoundCloud and is called ‘Back To The Future’.

Listen to BlackBoyFly on Soundcloud.