Client Profile: Chocco Himself (in his own words) 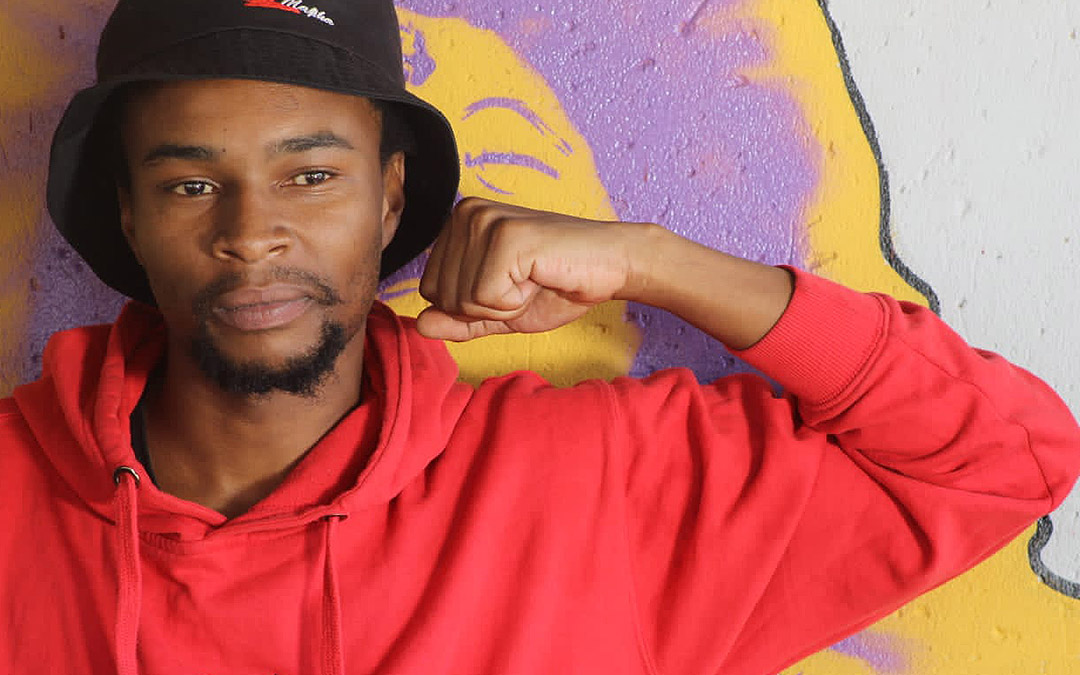 My understanding of rhythm and poetry began in 2005 when I used to jot down poetry and rhyming words for fun just to see how creative I can really get with words, it became something I got used to and it became an everyday thing, I used to love to draw a lot as well.

In 2008, I met DMF, they were a crew of 4. That was when I started to learn how to flow, how to rhyme and how to breathe properly when you do so.

In 2009 the crew dispersed, I had 2 other friends who were also interested in the art of making music. That was when I started to record my first song ever at East field an area in Vosloorus, the name of the song was drummer bass.

2010 word got around in the township, that I was a rapper, people started to pay attention to my music, I was than invited to come work with a crew, the name of the crew was Turn On crew which had 3 members Thabang, L-dawg and Katlego (Groova Guluva, L-dawg and General/Soul- Gee), I did 2 songs with the crew and they became big, the name of the songs were kanti yini and and asis’bhayi.

Those songs were really loved in our township they even circulated to a point that they were big in Thokoza.

2011 I was on a solo path, I started meeting more artists, I did less music than and did more learning, I read more books, watched more documentaries.

2012 I had a sudden interest in battle rap, I was interested in the art of freestyling, being able to come up with a quotable on the spot and that’s the same year I found Hominids Entertainment.

I than started making more music, I worked on a song called Diablo featuring S.A.I.C from the vaal, one of the best songs I ever recorded.

2016 I met another producer by the name Sphiwe from Katlehong, who was venturing into making hiphop beats, He sent me one beat, I used it on a song I called No King, he later than told me that the beat was meant to be used by another person, we got into a dispute ended up not using the song and I dropped the project.

2017 a very good quality studio was opened not far from where I stayed, it was called Infrasounds, I recorded 3 songs with that studio. That very same year, I lost my mixtape writtens, two 2 quire books which were my mixtapes went missing, an iphone which had my music was also stolen at a friend’s house during a party, I had to start from scratch.

That’s when I first recorded my first mixtape titled Earths Blanket which had 14 tracks on it with features from all the members of the team.

That album has a lot of my life experiences, it is a really good body of work that would give any listener an idea of what kind of soul am I, I had a lot to express because of my pre trails than released it on the 4th Of June 2018, the response was amazing.

Blossom was a bit different compared to Earths Blanket, Blossom was a symbol of my becoming, I was enveloping to being a flower that’s being through the mud and now it is time to blossom, the mixtape was a bit more chilled and fun, it had quite a great vibe, people fall in love it with more than they did with Earths Blanket, Blossom had vibes, songs like Paper, Changes, Get it, Art, Things you do and people loved Art, Paper and get it the most, they even sang along to them during my performance.

In 2019, I than started working new music for that whole year. I than recorded another mixtape called Extrospection, it was a mixtape about my experiences since, I started recording music, the life I am going through, the people I meet and the challenges we face on a daily basis. It was an expression mixtape Extrospection, I wanted to share my external 2 cents about life. One of our engineers faced a predicament, a situation that led him to stop making music, he had an internal break down and his family intervened and suggested he stopped his engineering duties.

2020 I had to find a new engineer, he first gave me a beat to see we can work, I recorded the song it was called (Gimme feat Shadow the black pharaoh), After that song, we clicked and hit the ground running, I released the mixtape in March 2020, people went crazy especially for songs like Ispani, last magic, kasi livukhile, demon, lost life, murdermind, 2 sides it was a very lyrical mixtape.

Right after, I worked on more music, made a single called Ngifuna Imali, which is currently one of my biggest songs which has a music video, I released the song June 26 and released the music video 06 July 2020 it became big and circulated

Then I proceeded to work on a new project Called the Rapping Nkulunkulu which will be my latest instalment that I am planning to release, the project has been recorded and kept safe in the archives.

I released a single from that project in November 2020, the title of the single is The Rapping Nkulunkulu, which also has a music video which is yet to be released in 2021.

2021 I started working on a joint album with Niklaus our newly found producer and it’s called umshini wokuthunga, a very dope concept that I have thought of, it is going to blow people’s minds away, it has songs like Rap tennis, a totally different concept on its own, the otherside it is a very controversial song, I have grown as an artist and also as an individual and I need to also show that through my music, umshini wokuthunga, might be released later this year or early next year, I am planning to drop The Rapping Nkulunkulu this year and EP.

I happen to have my first radio interview in 2021 , I submitted a song from The Rapping Nkulunkulu project, the song is titled Organized Confusion, which was played live on radio, it was the first time ever, I had a song on of mine being played on the radio.