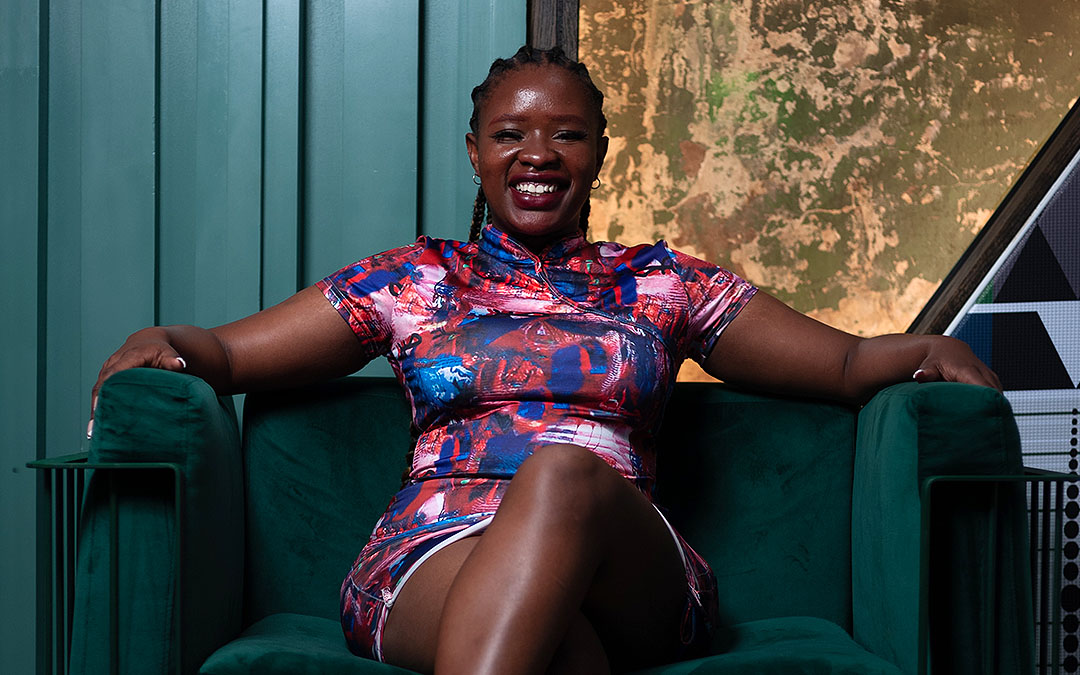 Nyakallo Simphiwe Matlanyane, popularly known by her stage name ‘Kallo’ is a singer/songwriter from a suburb near the CBD of Johannesburg called Bez-Valley. She has been in the game for half a decade and has made a name for herself in her small community.

The singer-songwriter has been singing since the tender age of four and now working towards exposing her talent to the international music terrain. Throughout her school life, Kallo was part of the school choir and a singing group named The Brand. it was during these times that she awoke to her dream of being a singer/songwriter.

After high school she attended a local music college, the Campus of Performing Arts, where she learned more about the music business as well as being a working artist. In 2017 she then went on to audition for the biggest singing competition in the country Idols SA, where she impressed the legendary Kelly Khumalo with her rendition of Tori Kelly’s Confetti. Khumalo made the assertion that Kallo’s voice sounded like that of the legendary R&B singer, Ms. Lauryn Hill. She got four yes(es) from her audition, however, her idol’s journey ended in the top 48, where she was eliminated in the group rounds. She perceives this as her biggest eye-opening experience. “Being on television changed the way I see myself and how my supporters see me, I was able to truly believe that I can be my own artist and build a brand that will not only change my life but also that of people around me”.

Kallo has made great progress so far as her music is concerned, from releasing a single titled ‘Lifetime Love’ on Soundcloud to releasing her debut EP titled ‘Love Over Everything’. Kallo performs at poetry sessions like World Of Words and weekly open mic nights at Kitcheners Bar in Braamfontein, Johannesburg.

Her earliest inspiration was Nat Cole and Tshepho Tshola, which makes her a bit of what can be phrased as “old soul” in terms of music. Kallo’s closest inspiration was her
grandmother, who was also a gifted vocalist. At times she would train her and that made their bond grow evenstronger. Despite Kallo being heart shattered following the passing of her grandmother in 2014, she saw a good enough reason to soldier on by showcasing her talent to the world and subsequently, building a name for herself.

Kallo has been involved in numerous socially uplifting projects like the Masakhane Youth-First initiative, which is based on raising awareness about mental illness amongst creative youth. Moreover, she continues to show love to her community by facilitating workshops in partnership with creative hubs like Ninety Four colours. She has been a
part of music workshops where she has tutored on song-writing with children of Skateistsan in Maboneng, Johannesburg.

In 2021 she was chosen to be part of a talent accelerating program that was held at Flame Studios, at Constitutional Hill. She had the opportunity to work with some of the greatest creatives in the music industry including Sun-el Musician, Msaki, DJ Shimza, and more. She also had the opportunity to grace the Basha Uhuru Creative Uprising 2021 stage and that will forever be one of the most memorable experiences of her music career.

Amongst stages that she graced in 2021 with her melodic voice and powerful performances (like Curiosity Backpackers, AGOG Gallery, The Other Space) is Allwhite WOW hosted by Xquizified Movement, which was really close to her heart because it was a creative tribute to all the lives we have lost. She got her first airplay from 5FM on a show called Equalizer hosted by Iamdascapital, who declared “Love Disease” from her ‘Love Over Everything’ EP to be the Demo Of the Week. The rising star is invested in her music career and more than ready to take on the world.