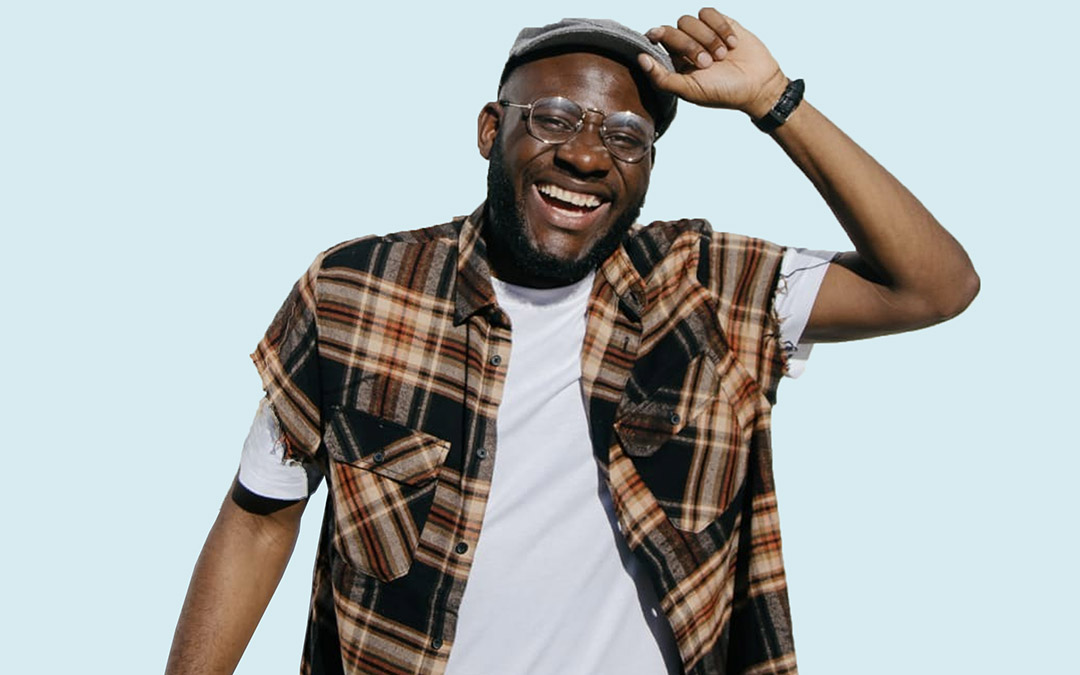 The vibrant musician started singing at his then home church at the age of 12. By the age of 14, he had started writing his own songs and also recorded his first R&B single called “Always Loving You”, with the help of his parents paying for studio time. He hails from Venda, South Africa.

Kingdmusic won an Ingoma award in 2018 for his Upside Down music video ft Takie Ndou. He also got nominated for Best New Comer and Best Collaboration Song at the Limpopo Gospel Music Awards 2018. Kingdmusic is an actor on Skeem Saam as a featured doctor. Amongst other things, he’s also been part of the first Experience Conference in South Africa, which is a global worship conference that gathers and equips creatives and has seen the likes of Martin Smith, Soweto Gospel Choir, and We Will Worship Movement.

Kingdmusic carries a passion to lead people into encounters with the love of the Father. He also enjoys watching God show up and shower His love in the room. He longs for people to encounter the goodness of the Father who guides, protects, and never changes His mind about us. He is passionate about producing songs that connect people to God. His prophetic worship style is marked by rich spontaneous moments in God’s presence.

This gifted songwriter has his own unique sound which he calls ‘Gospel Fusion’. The gospel of Jesus Christ is the heart and the main message behind his music. Then you have R&B, POP, Contemporary worship, Afro Beats, House, EDM & Afropop fused in his music. His brand-new single ‘Nobody Like You’ featuring CalledOut Music from the UK has been gaining a lot of traction from around the world, with it being named song of the week on Premier Gospel, a radio station that is based in London, UK. Nobody Like You has opened doors for Kingdmusic around the globe, his music is now getting airplay in Nigeria, UK, Ghana, Zimbabwe, Canada, France, Australia, Germany, Congo, Morocco, USA & Brazil just to mention few countries. The song also made it to the African Gospel Charts, September 2019 edition, and has more than 200 000 streams since its release in August 30.

Hillsong Worship released albums in Xhosa, Zulu, and Afrikaans for the very first time on the 10th of June 2018 and Kingdmusic got to lead some of the songs on the Zulu album. His debut album, “Seasons” is out now and available on iTunes, Google Play, Spotify, Apple Music, Amazon, and in all good music stores for purchases. The album was launched on the 9th of March 2019 at Hillsong Church in Braamfontein, Johannesburg. It has since won the Best Contemporary Gospel album award at the Limpopo Music Awards 2019, won Best Gospel Album Of The Year at the Limpopo Gospel Music Awards 2019, and received a Best New Comer nomination at the SABC Crown Gospel Music Awards.

Kingdmusic is currently preparing for his American Tour which is going to start in April 2020 till May 2020. He will be part of the Africa-USA Unity events Tour with Mahalia Buchanan, Xolani Mdlalose, and Phindi P. They will be touring in NY, DC, PA & NJ. His ‘Nobody Like You’ music video stayed on the Trace Gospel top 10 Hits and the top 30 for two months now.