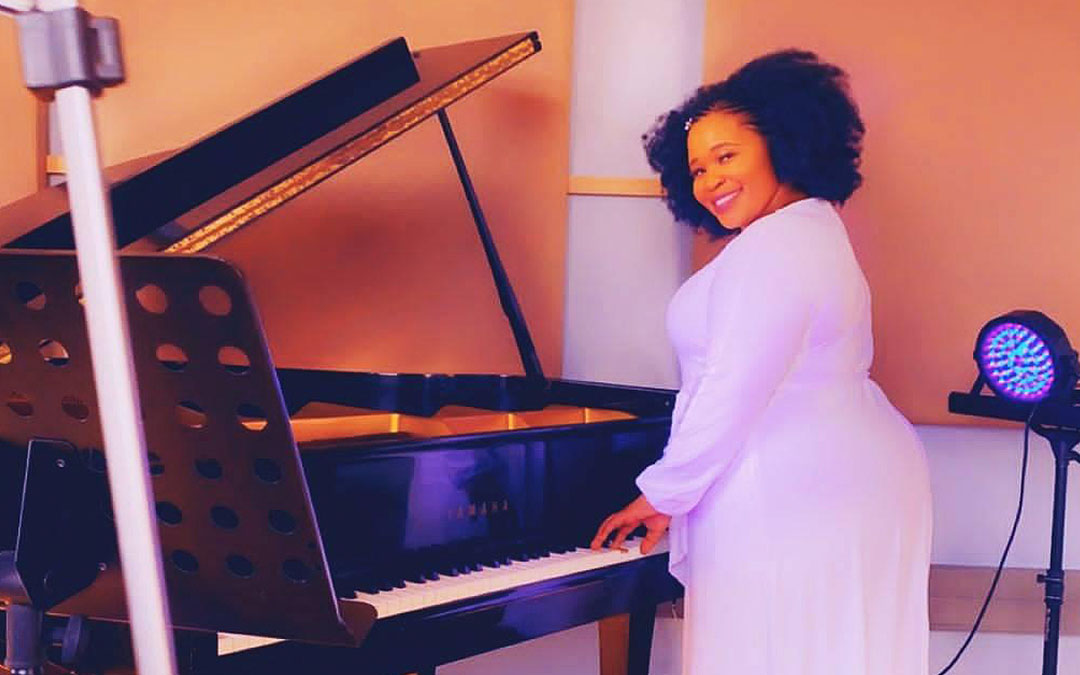 Thabie Ngethe was born on 25 June 1989 (25 May 1989 on ID), in Empangeni South Africa, and attended Nselenyana Primary School before her family moved to Richards Bay in 1997 where she went to Brackenham Primary School for grade 07, finished her Matric at Richardsbay Secondary School. She went into Hospitality and she worked for a Travel & Tourism company (Zulu Nyala Heritage Safari Lodge). She’s a singer-songwriter that has been singing from as young as the age of 10 at school, church, and home events. As years went by her a brother who’s also a DJ and producer Mthokozisi Nsele (Mthokzin) taught her the basics and all information he had about music, as he had been composing house and Afro-beats from a very young age, Thabie began adding vocals on different genres which boosted her confidence & improvisation.

What Can Thabie Say About Her Music Journey?

‘I am grateful for everything that is happening I never thought I would end up in a studio recording, meeting, and working with multi–Award Winners in the music industry like Bheki Nqoko, Sylvester Mazinyane, Sibusiso Mash Mashiloane, Ladysmith Black Mambazo Members and many more great icons and very young intellectuals. I have met one of my role models Mama Yvonne Chaka Chaka, My talent in singing has been complimented to this day and age by the likes of Royal Family Member of Zulu Kingdom, Oskido, David Mashabela, Dj Mshedys, Book Author Zanele Manyambose, and many more who have listened to my music the love is amazing. I always loved singing and becoming a musician doing African genres I’m motivated to work harder and grow in the industry because this is who I am

When Did Thabie Start Singing?

Growing up at home Thabie Ngethe is best known for singing along to every song. She was inspired by The Late Legendary Mama Busi Mhlongo, Letta Mbuli, Miriam Makeba, Yvonne Chaka Chaka, and all kinds of Afro-Soul/Jazz, RnB Classics, Gospel, Afro-beats & Deep house every song that carries a message throughout the whole world.

Before she recorded any song, she has always used every opportunity presented to her to explore her talent she performed Empangeni Task Casino in 2016 as an Individual on Karaoke session, when she finally had a live performance at her sister’s wedding in Richards Bay 2019. People loved her she then realized that the audience loved her performance and her voice as her video was being posted and shared everywhere and people approaching her after the performance and being told to do something about her talent began to sink in with her but didn’t know where to go as there are limited opportunities for music talent around Richardsbay.

After striving to be in the music industry, approximately a year after that wedding video trending she was randomly approached by Wandile Method who saw potential in her singing in October 2020. Wandile is the founder of Wandile Method Music Productions, Wandile Method Publishing which caters more to uplifting and empowering talents. After discussions studio session was booked for Thabie with associate & business partner Bheki Nqoko founder of Kuwe Records based in Johannesburg who also loved her talent and funded her studio sessions Thabie Recorded her first 03 tracks of the album in JHB released the first song on 23 April 2021 Sekwanele followed by more single tracks available online working with Wandile Method, Bheki Nqoko, Sylvester Mazinyane, Mpho Kodisang, KG Nova, Bongani Lisina, JOEY.

Where Has She Been Playlisted and Interviewed?

What Can We Expect?

While finishing her album titled “IZIZWE” which will be Released latest February 2022 due to lockdown. Thabie keeps  While South Africa was burning with the unrest, looting, Phoenix massacre, killings and deaths from various things like diseases and viruses, crime, hunger, gender-based violence, depression, and all the world crisis the racial tensions began and Ruben Thomas was born in Germany living in SA requested a song for peace which was recorded at Musik Werkstatt SA produced by Ruben Thomas a Gospel Classic single titled [Umkhuleko (Prayer)] Also recorded a music video released, currently working on a new song with Young Mbazo with help of Ladysmith Black Mambazo members on a Traditional Prayer To Our Ancestors Song, and few dance songs with Shakara, Taip Records and more still pending confirmation.

Thabie Ngethe music is uniquely relevant to both the traditional and modern South African generations. The singer has an exceptional ability to sing every genre from Afro-soul, Jazz, Gospel, Classic with very bold Zulu ascent as she mixes that with modern pop music when she is composing her songs to create breathtaking modern music. The artist has an outstanding stage presence, message, and moving vocals. She fascinates many people who have attended her live performances or listened to her recordings.

Thabie Ngethe is hoping & praying that her songs will cater and deliver the massages through every song regardless of genre.