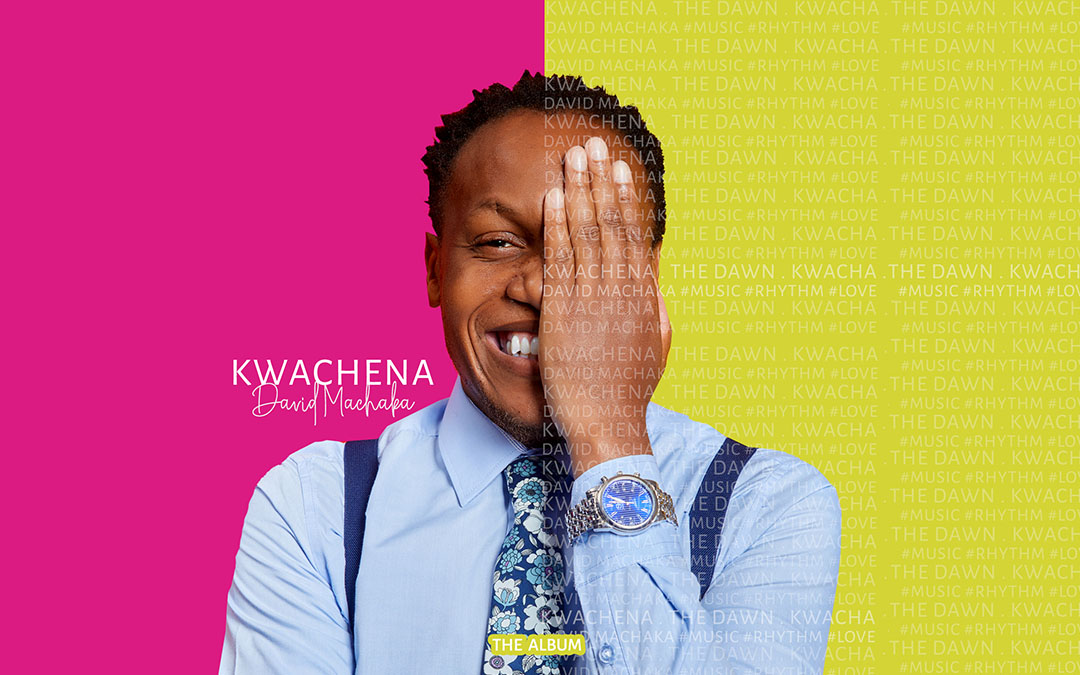 Mbare born Zimbabwean talented crooner, David Machaka has been signed to Sheer Distributors and will on 25th August 2020 release his 12-track debut studio album titled ‘Kwachena’. His rich concoction of African rich rhythms and superb vocals explains why the same distributors who once worked with international icons Oliver Mutukudzi and Hugh Masekela would choose to partner with David. This is not a feat too peculiar as the seasoned instrumentalist draws experience from a background consisting of a musical big brother and multiple assignments on big stages as a backing vocalist to numerous established artists. After securing management and consolidating efforts at ensuring a solid music career, the sky cannot even stop David Machaka who already contributes to the music industry in Zimbabwe as a Music Teacher at Arundel Girls High School and St Georges College in Harare.

Kwachena, is the result of work commenced in 2008 with most of the songs written between then and 2012. David explains the album title as, ‘a prayer and also declaration of a new day, dawning day in Zimbabwe amidst pain, struggle, and severe desperation to just survive economically.’ The title track, Kwachena, recognizes how poverty often strips people of dignity yet a firm stand by the word of God reassures us all that one-day fortunes will turn favorable. The album is sure to provide much needed social commentary, motivation, and bottomless entertainment.

The album is set to grace digital stores on the day of release which also happens to be a self-gift to the internationally acclaimed songster who also celebrates his 31st birthday on August 25. In a pre-album release track titled Mai Varamba, David ensures to leave you salivating for more. The track is already getting good reception as radio stations have already added the mellow effort to their playlists.