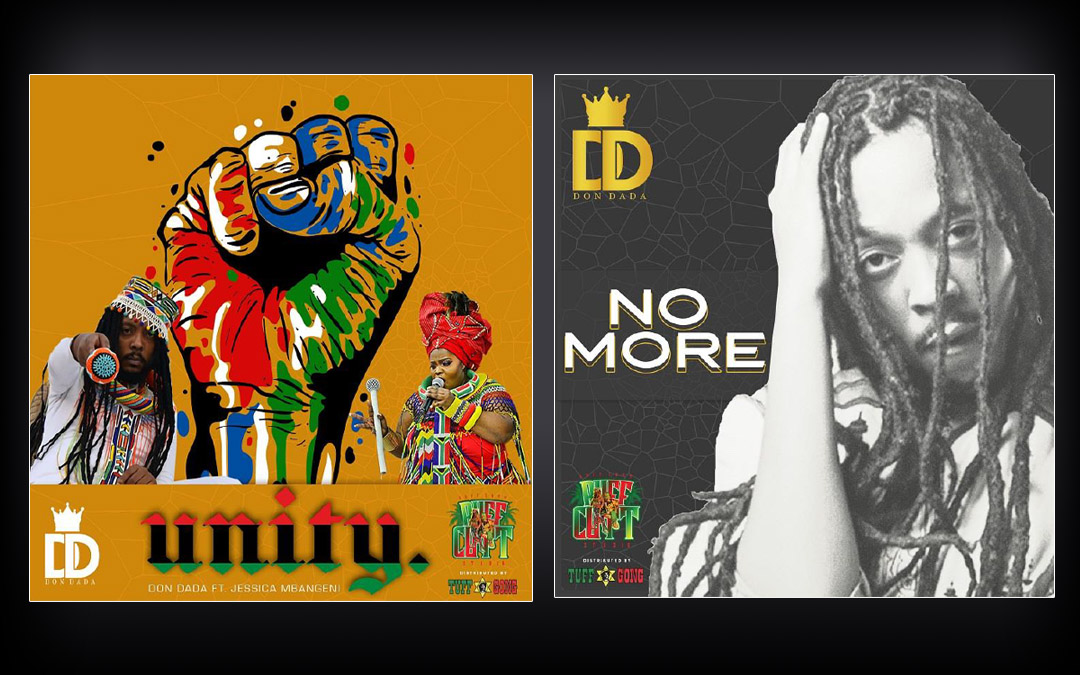 Reggae music, in part, has been inspired by Marcus Garvey’s legacy, life and works thus serving as a reminder of the lesson from Marcus Garvey “Africa for Africans” dispelling the concept that Africans can be considered foreigners in Africa. That as a backdrop, the singles “Unity” and “No More” were birthed. Don Dada’s debut performance of the singles was at the inaugural Marcus Garvey Unity Concert in February.

Through his works, Don Dada pioneers a new generation of hope as he shares his songs calling for Africans at home and across the diaspora to rise up and unite while “No More” simultaneously delivers a stern message that social ills cannot be left to fester in the dark but instead highlighting that change is necessary. “Unity” and “No More” look for healing and moving forward eliminating social ills and uniting to become stronger together as well as serving as a reminder to build and protect our women, children, and communities.

“Music has the capacity to heal, even if just for a moment” states Don Dada. On “Unity,” Don Dada features Jessica Mbengeni, one of South Africa’s most sought-after female Imbongi (praise singer) who has made her mark in a male-dominated cultural terrain.

Invoking the role of this ancient tradition in bringing the feeling, vibes, and soul of Africa into the song, The beats for both songs were produced by Kingbossman from Zimbabwe, utilizing different styles of reggae in production to achieve a distinctive sound blending dub, one drop, hip-hop, and traditional African sounds to achieve the impactful melodies of both songs respectively.

Menelik Nesta Gibbons aka Don Dada continuously pushes boundaries, changing the norm, quickly moving beyond static thinking by reinventing the game. He is fast becoming an industry thought leader by breaking tradition and creating ground-breaking possibilities for growth for himself and others in the music business. Don Dada in the entertainment industry has achieved a great deal as a Reggae/Hip-Hop artist and social influencer since he made his debut on the prestige 2016 Mandela Day Concert stage in Johannesburg, South Africa.

Don Dada in the entertainment industry has a lot of energy, enthusiasm, and positivity, and with this boldness and unwavering passion for Africa to RISE, has not only achieved a great deal as a Reggae/Hip-Hop artist and social influencer but also as someone who wants to make a positive impact in the lives of others. Don Dada’s vision of united Africans is simply to encourage the youth at home and abroad to step into their destiny without fear and continue shining the light through education and unity.

Don Dada has grown his Reggae/Hip-Hop career; established himself as a social entrepreneur, motivational speaker, radio host, and events emcee, who realised early in his life that he wanted to pursue a purpose-driven life. With his vision to encourage the youth, Don Dada continues to ‘breath life through music.’