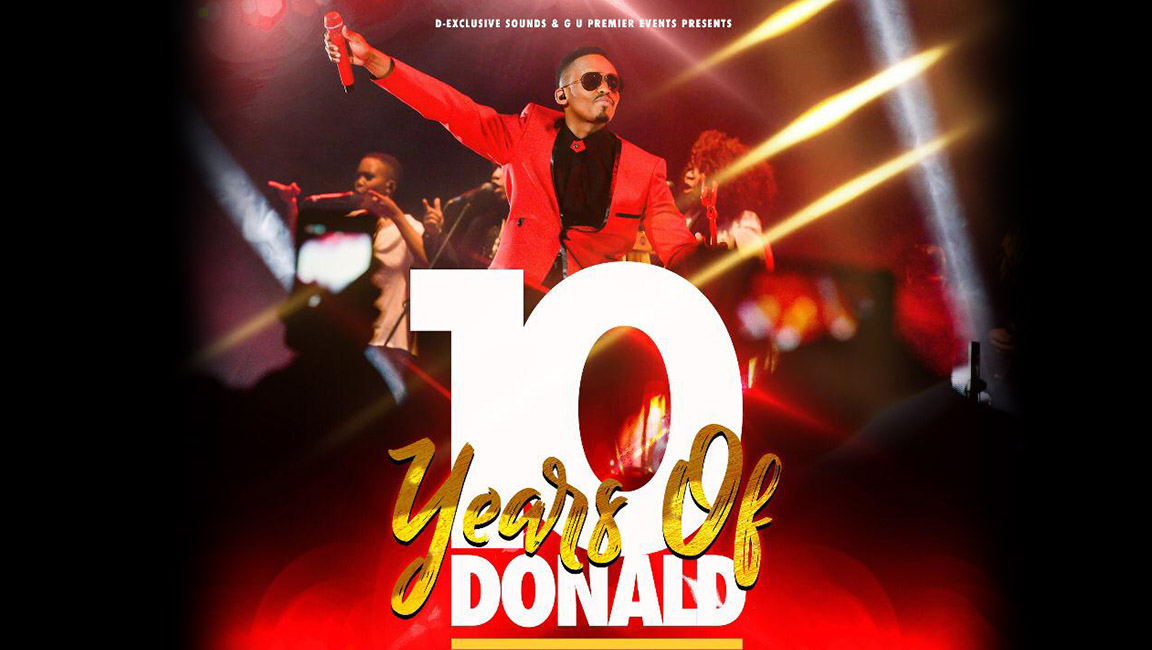 The #10YearsofDonald Tour celebrates Donald Moatshe’s 10 years in the SA Music Industry as a solo artist. Donald would like this tour to serve as an inspiration to both up-and-coming artists and artists who might have given up on their dreams. One of his goals with this tour is to exemplify that it is possible to have a longevous career within the South African Music Industry through hard work, perseverance, knowledge and dedication. The tour will feature classics like “Over The Moon”, as well as new material from his upcoming album.

Donald is about to release his 5th album in May 2019. When asked about his writing process, Donald says that he tries not to overthink when he is writing, as this could cause an artist to “lose their identity” through gimmicks like an imitation. The subject matter of the album, in true Donald fashion, is about love on companionship. However, the material depicts an evolution of his thoughts, emphasising the knowledge he has gained in his decade-long journey in the industry.

The single off the album, “Let’s Make a Baby”, will drop on all digital platforms on the 15th of February, 2019. The track is heartfelt but playful; a different feel from most of his other singles. Donald has said that the track is not written about anyone in particular, but it does shine a light on what he hopes to see in his near-future.

Donald’s message to his fans: “Come to the shows! I want to connect with you all and celebrate my decade in the music industry with you.”