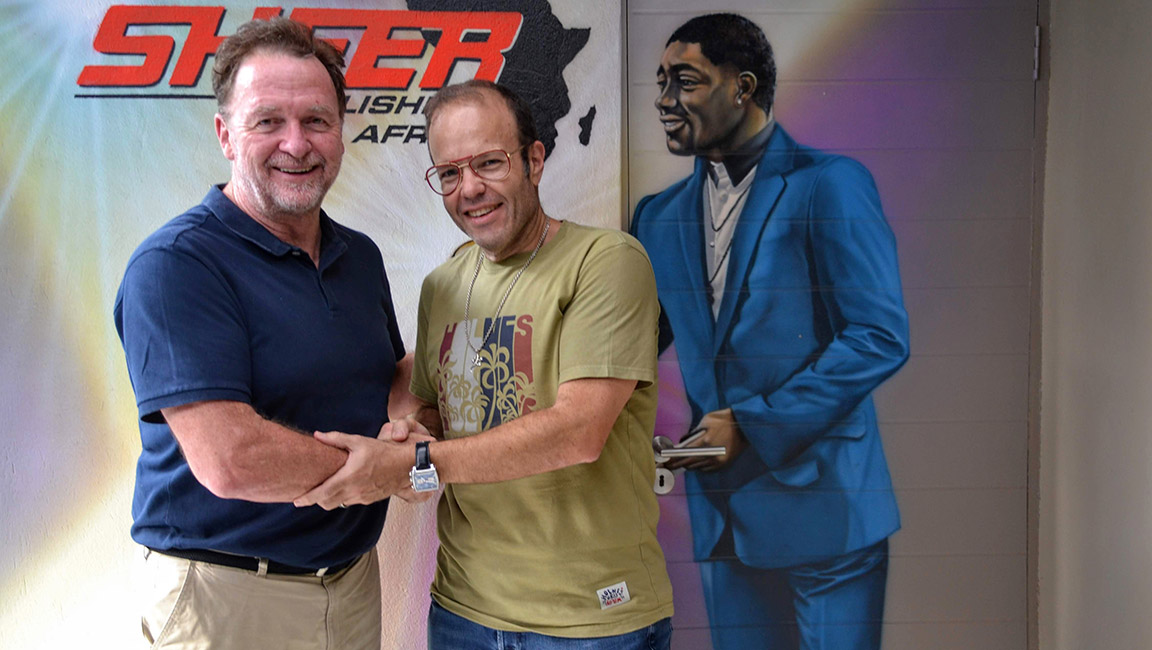 Sheer is proud to announce its latest signing, legendary South African music producer and founder of multi-media powerhouse Kaleidosound, Gabi le Roux. Together with kwaito star Mandoza, Le Roux is responsible for the biggest South African crossover hit in history. ‘Nkalakatha’ and its follow up, ‘Godoba’ both earned Sama Awards (South African Music Awards) for Song of the Year, in 2001 and 2002 respectively. Le Roux’s relationship with Mandoza goes back to his role in crafting early kwaito hits like Chiskop’s ‘Klaimar’ and ‘Abantwana’. Since then he’s produced tracks for stars like Ringo, TKZ’s Kabelo & Magesh (also winning a SAMA for Kwaito Single of the Year for ‘It’s Allright’), Brenda Fassie, Yvonne Chaka Chaka, Lebo Mathosa, Danny K, HHP, Busi Mhlongo, Mapaputsi and Brown Dash. He’s also scored platinum sales in the Afrikaans market, helped launch numerous young pop stars and produced classical-influenced acts CODA and SAMA winners Sterling EQ. He has secured international releases for some of his tracks with top labels, like UK-based Ministry Of Sound.
David Alexander, Sheer’s CEO was proud to add “We have represented Gabi’s catalogue via an administration agreement for many years now and we are very pleased that all the work we have done for Gabi has shown him that we can take this to a completely new level in a direct songwriter agreement. We are very excited by the potential to work and grow together and I am over the moon about adding Gabi’s share of Nkalakatha into our Sheer catalogue.”

“During decades of experience as a composer and producer in the SA Music Industry, I have been fortunate enough to live through all the possible successes and pitfalls that this profession can throw at you. I’ve been signed to major labels and Indies alike, and at this stage of the game, I needed something beyond just an Admin deal. With a multitude of works in all genres that requires representation to generate revenue streams, I turned to one of my long-standing associates David Alexander at Sheer Music Publishing, the most prolific SA Independent Publishing House to date. I look forward to taking our association to the next level so that my contribution to the Mzansi Music Economy can live on beyond my own lifespan…” Gabriel (Gabi) Le Roux – February 2019

It is an honour to have Gabi entrusting Sheer with his prestigious body of works and his future works to come. Gabi’s passion for his craft and the interests of those who share his passion speaks through his compositions and activism.