Galaybanton ‘No Friend No Foe’ 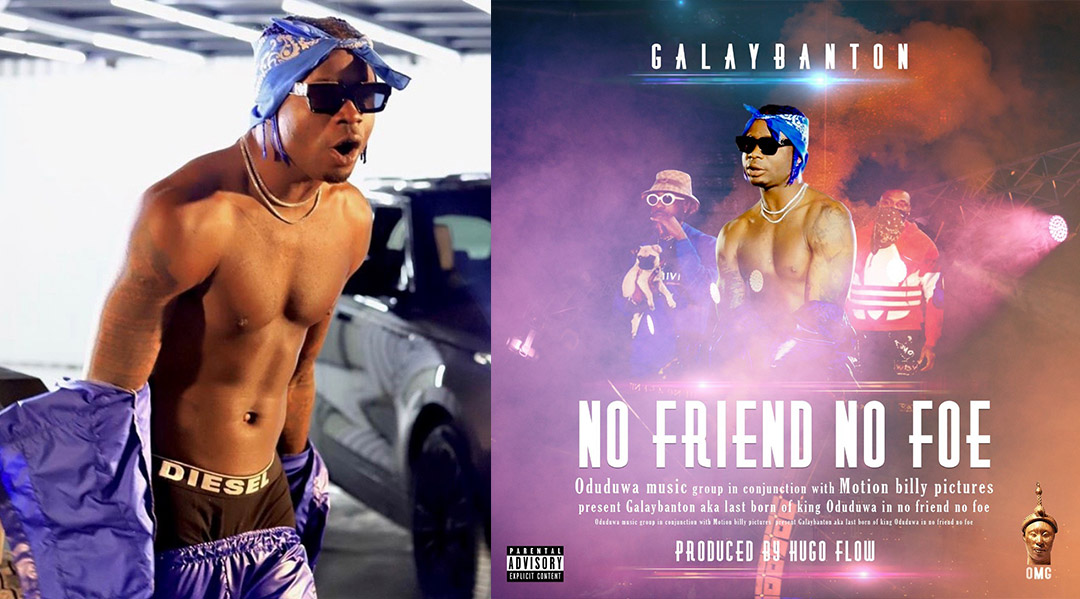 Dedicated to the boys while hitting nostalgic hip hop essentials – this sound with the artist’s vocals – manipulates Afrobeat to still ﬁt and sound recognised.

Boom Bap beat with the typical snares and kick drums – produced by Hugo ﬂow, appropriating the sound to the lyricism of the meaning of “no friend no foe” – this hook serves to clarify what the artist is all about – No enemies, Bad energy stay far away – most importantly no fake friends, or rather no new friends – the quintessential come up the narrative.

The artist shares that while making the hit there was not one moment which he could capture as a favourite because the entire experience was a vibe.

The artwork for the single reads “no friend no foe” with, rather wittingly, a prohibited sign in replacement for an “o” in “foe” – with hip hop bandanas under an umbrella in the foreground of the design – representing friends – in a skyline background soaking in a concrete jungle – skyscrapers – this represents the artist’s lifestyle – a fast pace one ﬁlled with a passionate hustle.

The sound was recorded during the peaks of the Covid-19 pandemic with utmost cautiousness in Johannesburg for the sake of wanting to release the single during August – in a way, to say goodbye to winter and welcome spring. “No friend No Foe” will feature on most mainstream digital platforms such as Apple Music, Spotify, Soundcloud, and Youtube to name a few.

The artist Galaybanton released a hit single in early 2020 which shot through downloads called “Weekend” – which still ripples through fans. Galaybanton plans to maintain the Afrobeat and HipHop fusion – to create a trend and a unique genre in Africa. Creativity never ceases with this artist. According to trusted sources the artist recently co-produced and directed the music video for a single he did with Sandy MRD called “Bum Bum” – certainly an artist to keep an eye on.