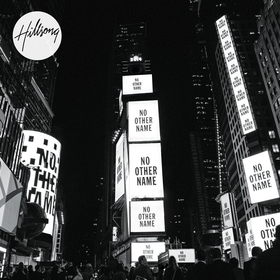 We are very excited to represent this contemporary Christian Music Publisher from Australia. Their music has travelled to all parts of the globe and it has found fertile soil on the African continent. In a recent survey 84% of South Africans claimed to listen to Gospel Music and of those 86% said they were passionate about Gospel Music.

Hillsong released No Other Name worldwide and it is already being met with a massive amount of support around the world. The album is currently charting in the Top 10 of iTunes in 14 countries.

This is the first release under the new moniker “Hillsong Worship” and the 26th annual live worship project. No Other Name released this week in conjunction with the annual Hillsong Conference in Sydney, Australia.

Celebrating 30 years of ministry, in a press release Hillsong Church said it is “focusing on pioneering again seeking to do so on the ancient foundations of God’s Word and the bedrock of the centuries of faithful men and women who have built the church.”

Hillsong has brought to the church songs such as “Shout To The Lord,” “Mighty To Save,” “Hosanna,” “Cornerstone” and “Forever Reign.” This annual live release features 11 new songs that will refresh an individual and congregational worship. No Other Name highlights the songwriting and vocals of those now well-known Hillsong Worship team, including Reuben Morgan, Ben Fielding, Matt Crocker, Joel Houston, Nigel Hendroff, Autumn Hardmann, Annie Garrett, Jad Gillies, David Ware, and Taya Smith … read more