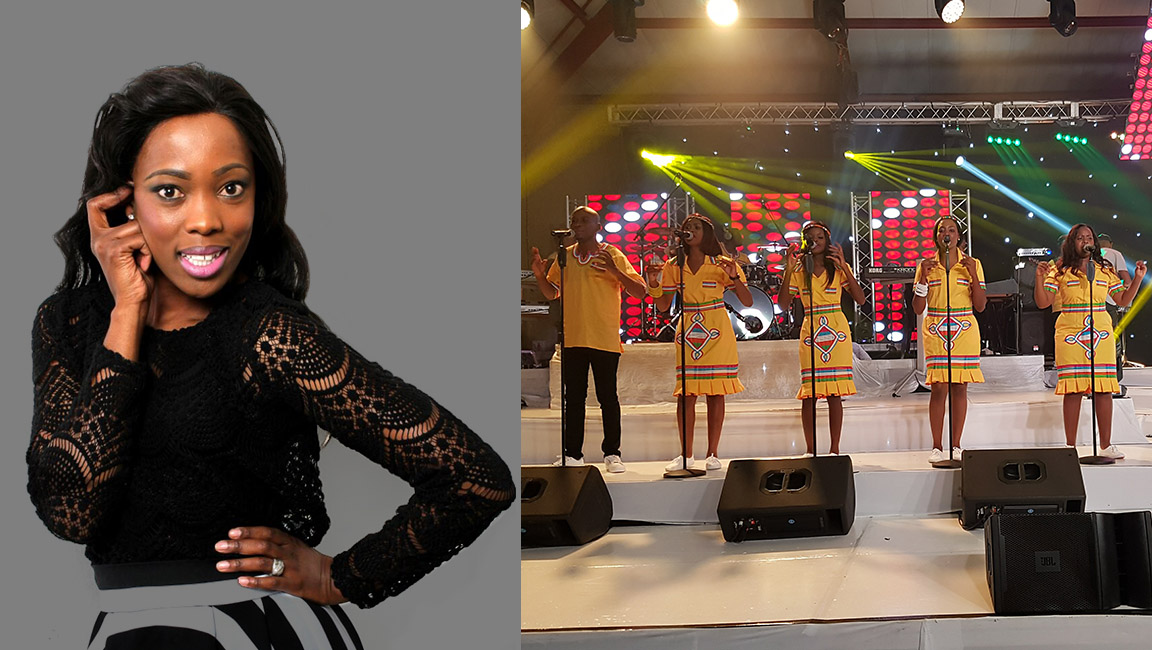 A big congratulations to our Gospel artists, Puleng March and the Living Rock, who were honoured at this year’s Ingoma Awards.

Puleng’s journey in music has been a long one. In 2006, she recorded an Afro- pop album entitled Thabatsoeu, which lead her to win two Metro FM awards; Best Female Vocalist and Best Newcomer.

Puleng feels strongly about aiding all whom she can, given her position as a successful artist. She is currently the Ambassador for Drug and Substance Abuse for the Department of Social Services in the Northern Cape. She is the founder of Makoti Enkosini, which aims to empower women in overcoming obstacles and to realizing a sense of greater self-sufficiency. This program has impacted the lives of many women and is growing from strength to strength.

The Living Rock, a gospel group known for its multicultural music and choreography, captivates its listeners with its passion for praise and worship music.

The group was founded in 2013 by King Norman Tshwale of the Mpepule Village in Bolobedu, Limpopo. Inspired by the group’s tenacious passion for music, King Tshwale and his family provided instruments to the band and helped them to record their first album, “Rea Go Leboga Jesu”.

By 2015, the group had an album and DVD recording to their name, with their song, “Tana Ka Yesu”, receiving a nomination for the Best Xitsonga Song at the Munghana Lonene Awards. Since then, The Living Rock has performed at various events and conferences, with a few more performances on the way.

The Living Rock is nominated at The Crown Gospel Awards (which will be held on the 24th of November) at the Durban ICC for the following categories: