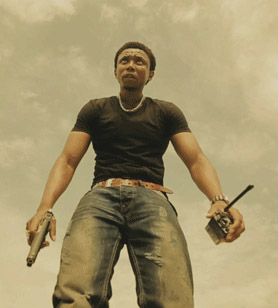 The local film – which is ranked alongside international title The Amazing Spider Man 2– follows the reputation of 2005 crime dramaTsotsi, having earned 81% of the Oscar winner’s box office takings in its opening week.

“This is an excellent achievement for a film on its opening weekend,” said Helen Kuun – CEO of Indigenous Film Distribution, which distributes the film locally.

“It’s an indication of the quality of the film and the outstanding performances of the actors,” she added.

The film has received positive response since its premiere at the 2013 Toronto Film Festival, in September, and is due to receive a Hollywood make-over under the hand of Fast and Furious writer Chris Morgan , and his partner Emile Gladstone.

Director Dovovan Marsh said: “We are all excited to see that audiences are embracing the film.”

Sheer Publishing is proud to have worked as the music consultants on this project.