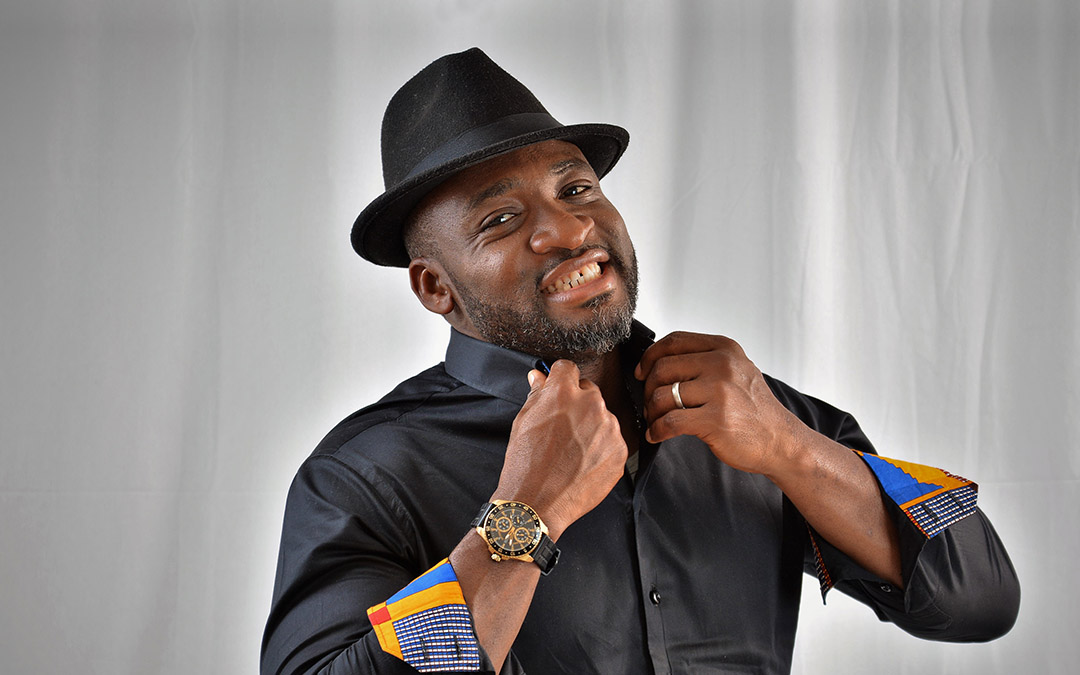 ”A labour of love dating back to 2016 has finally yielded Inner Reflection, a spectacular new album for Kunle Ayo, the celebrated guitar maestro.

The 12 track Inner Reflection is released today and it’s set to be a favourite of jazz appreciators and music lovers of all persuasions.

The long journey started five years ago when he reached out to award-winning pianist Nduduzo Makhathini as Kunle started writing ideas for his new album. He took a trip down to East London where Nduduzo is based to sharpen ideas and work with him in his space.

“Nduduzo has been a dear friend and brother having worked with him on several projects, one of which was Omagugu’s album so he was very open to the idea,” Kunle reminisces. “We also did a concept gig at the then Orbit titled AKOJOPO, which means the coming together. It celebrated popular African artists from all of Africa, so Nduduzo and I had a connection from there even into the studio.”

Interestingly, by the end of 2018, the ideas for Inner Reflection were finalised, but due to the death of his mother in 2019, he couldn’t release the album. It was a blessing in disguise as it gave him time to rework the music and incorporate some modern sounds.

Kunle shares that most of the songs were written from lessons life taught him and they gave voice to the thoughts in his head.

‘Ori mi (My Destiny)’ is a call on his God, or the unseen force, to assist him in his endeavors. “Life has thrown a lot of challenges my way and I believe with divine intervention, it will be okay,” he says.

‘Ema Gbagbe (Don’t Forget)’ reminds humanity of ubuntu. It speaks about the need to be kind to one another as life can be crazy and we always need each other.

‘Ara (Wonder)’ is an instrumental song inspired by an idea to try and recreate music. It’s a realisation that there’s nothing new under the sun.

‘Make We Groove’ is a call to let go of life’s challenges and enjoy this part of heaven as problems will always be there, so put them aside and just groove.

‘Oro Owo (Money Matter)’ is a story of two friends who did business together but because of greed, one killed the other. So the question is, why do we allow money to rule us so much?

‘Oba (King)’ is an acknowledgment of the power of the Almighty. As a believer, it’s imperative to adore the Creator and be in awe of his might. It’s a song that gives glory to the great God.

‘Olele (Bean Cake)’ was inspired by an adage from Kunle’s native Nigeria which simply says that once food goes into the stomach, it’s not coming back. It’s a playful song that insinuates that once a girl comes into our house, she would never want to leave.

‘Dupe (Be Grateful)’ is a reminder that we should be grateful no matter what circumstances we find ourselves in. “We’ve all been through a difficult season but since we are still alive, let’s be grateful,” Kunle advises.

‘No Compare’ is an instrumental song that points to appreciating our uniqueness. Embrace your life and your quirks, the grass is not always greener on the other side.

‘Gbe Body (Lift Yourself)’ is an energetic song sending revelers straight to the dance floor and helps them to forget about everything else.

‘Heart Cry’ is politically motivated. It’s a clarion call to Africans about the state of matters on the continent. It challenges Africans to relook the status quo and make an effort to change the narrative and our destiny.

‘Adara (It Will Be Ok)’ is a bebop tune that features Nduduzo on piano. It’s an encouragement that everything will work out alright.

Kunle invites music lovers to indulge in Inner Reflection with timeless music that carries positive messages and calls for nation-building.

Inner Reflection is available on all music streaming platforms.