Masterclass on Making it in Music 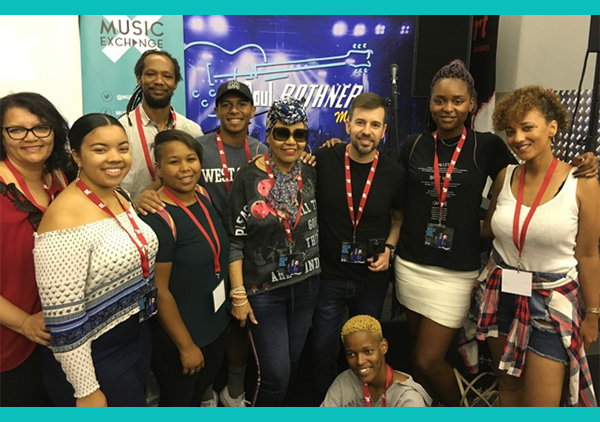 Award-winning songwriter, singer and vocal coach RJ Benjamin captivated a crowd of more than 120 people at a popular Claremont music store on Saturday.

Some of his most successful students include Idols SA season 10 winner Vincent Bones, as well as Vusi Nova, Naaq Musiq, Amanda Black and Anatii.

He said musicians should have a “champion manager”, someone who did not see a “no”.

Benjamin showed the crowd how to use a digital audio work station called Garage Band on his iPad, which he said he used to produce a beat when he did not have any instruments to play.

After creating the beat, he hired a professional mixing and mastering engineer who polished the beat to perfection.

Benjamin said late in 2001 and early in 2002 he spent a lot of time as a music lecturer, which led him to meet a young man who asked him to play his music, in return donating R30000 for studio time.

Benjamin said many musicians would ask him when would he record his album, and after a “spurt of excitement” in 2004, he released his debut album, Who I Am.

“It was the best thing to happen to me because it improved the quality of my songs and song-writing. I got a lot of calls to write songs for artists,” he said.

“It has never been a better time for African sound,” he said.

“It is not enough to just post music for streaming any more. There are digital companies out there to assist. But artists often ask themselves: Do I need to be signed on a record label? How will people who have never heard of me find my music? The play field is the same worldwide,” he said.

“Producers are getting better at mimicking, but are also getting their unique style. People want to be played on BBC Radio but are trapped in the same sound they have in America. I was a music director in Nigeria and their sound is going to take the world by storm.

“In SA we need to focus on creating something that is going to make you stand out. Sounds like Stimela, Hugh Masekela, Tresors, Shekhinah, Amanda Black, and the like. People will call them up internationally and play them often,” Benjamin said.