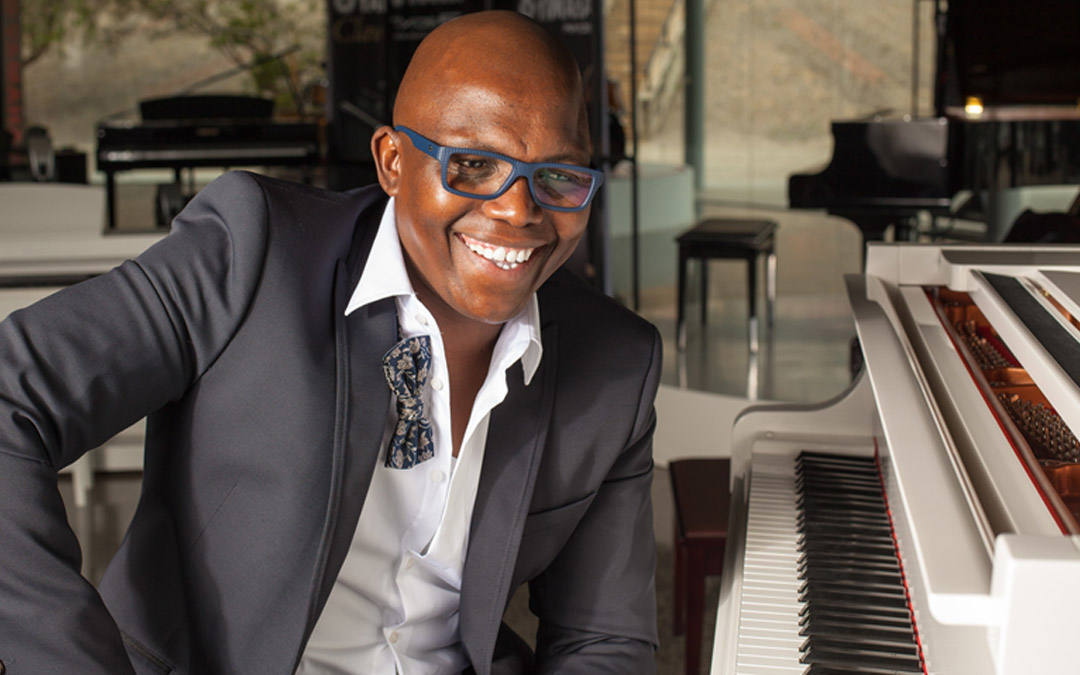 Bheki Nqoko is a singer, songwriter, arranger, engineer and producer – to mention few of his myriad of skills and roles as an artist. He was born into a devout Christian family with a father who is a church leader. In the formative years he sang at school and church choirs, often taking a leading role in this regard. So at a young age he thought he would be a gospel singer, but fate eventually dictated otherwise.

The rich variety of Durban’s musical traditions steered him towards secular sounds that included pop, hip hop, folk, choral, jazz and others.

After working with the Ntuzuma Mass Choir as lead vocalist, songwriter, arranger and conductor, he subsequently sang as a lead vocalist in Stax, one of Durban’s best-known Afro fusion bands whose origins can be traced to the early eighties. When he left his hometown in the late nineties for bigger opportunities in Johannesburg, he was under no illusion that his industrious nature and level-headedness will contribute to his success. It came as no surprise then that among the first artists he worked with as a session musician were prominent artists that included Brenda Fassie, Rebecca Malope, Ringo Madlingozi and Busi Mhlongo. He has also performed in a number of musicals, including Mbongeni Ngema’s Maria Maria (1997), Siphiwe Khumalo’s Woza! (The Civic Theatre) and Jubilation, directed by Ivor Jones.

Since then he has lent his skills as a songwriter and producer to an array of talented musicians of his generation – well-known artists such as Siphokazi Maraqana, Lundi Tyamara, the late Mr Staff and Kelly Khumalo. She features on his latest album in the song Ngiyamthatha – about taking a romantic relationship to another level. In 1997 he launched a solo professional career with the release of Mina Nawe, a gospel album under the EMI subsidiary, CCP Records. It was not well received but in retrospect proved to be an important learning curve in his musical journey. The setback exposed his inexperience in the industry but made him realise that he could succeed if he was allowed to take charge of making his own music.

We asked Bheki some questions to get to know him…

2. Where do you come from? Born in a small Township called Ntuzuma in Durban (KwaZulu Natal)

3. How long have you been composing? I have been producing and writing music for over 10 years now

4. What is your creative process? My writing process, I start with a melody without any lyrics for both my verses and the chorus and at a later I will start writing. How do you start creating a beat? I start with a kick drum and build up from there. Luckily I am able to work in most music software. How do you start writing lyrics to a beat? Its always important to know what message one wants to convey. I always start by writing the chorus, verses and if required, the bridge.

5. What made you chose a career in this field? I believe this industry chose me.

6. Did you do any courses for your career field? No self-taught and still learning.

7. What advice can you give to aspiring composers? Have a mentor and never allow anyone telling you anything is impossible.

8. Which other composer’s or artists have you worked with? Mjakes Thebe, the late Robby Malinga and many others.

9. What has been the highlight of your career? Managing and having award winners in my record label (Kuwe Records) has been.