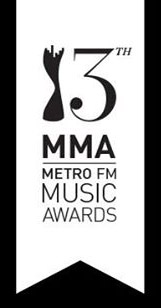 Hailed as one of SA’s biggest music events, the Metro FM awards celebrated 20 years of South African music with the theme “20 years of beat”.

The awards, dedicated to the late Nelson Mandela, were arguably the most nostalgic and entertaining ever with performances from the crème de la crème of SA musicians.

Sheer Publishing client through TS Records, Afro pop sensation Zahara didn’t walk away with any awards, but her moving tribute to Mandela alongside Winnie Khumalo had the crowd in tears.

After five years away from the music industry, the afro pop group Mafikizolo a duo which includes another client through TS Record Nhlanhla Nciza, took away Best Produced Album, Best African Pop Album and Best Duo.

Best Hip Hop category was taken by none other than Sheer Publishing client Kwesta for his sophomore album Dakar.  Kwesta also made iTunes history when his album debuted on iTunes at number 3 after Eminem’s album.

Congratulations to all the Sheer Publishing clients for their awards and recognition for their hard work.