Noem My Skollie – an asset for local film industry 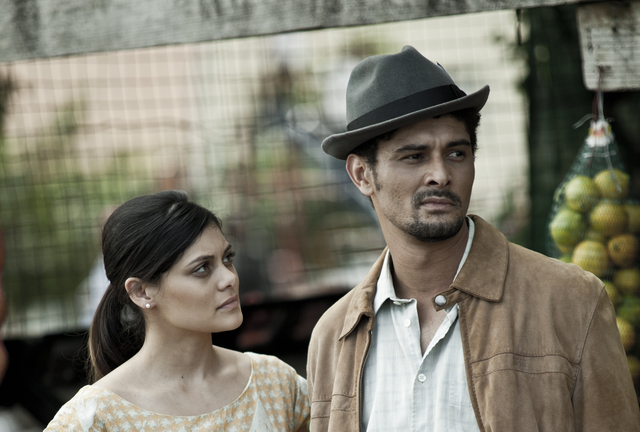 A pioneering new film that celebrates the triumph of the human spirit and is based on the true story of a young man in the 1960’s who became a storyteller in jail.

The film, set on the Cape Flats and in Pollsmoor prison, is based on the life of scriptwriter John W. Fredericks.

Noem My Skollie tells the story of four teenagers, AB (Austin Rose) and his three best friends Gimba (Ethan Patton), Gif (Joshua Vraagom) and Shorty (Valentino de Klerk) who grow up on the impoverished ganglands of Cape Flats in the 1960s.

Despite their circumstances, the children try to avoid the gangsters who infiltrate their daily lives but when AB goes through a traumatic experience they decide to form a gang to protect themselves.

The four friends, now like brothers, do not commit serious crimes, but the police keep a close watch on them as they grow from teenagers into popular young men. Eventually the now older AB (Dann-jacques Mouton) and Gimba (Gantane Kusch) are arrested whilst breaking into a shop and sentenced to two years in jail.

It is here, in the vicious world of prison, that AB decides to use his storytelling talent to entertain the hardened prisoners and raise his status while Gimba engages on a very different path to ensure his own safety…

When AB is released from prison he picks up on the relationship with his beautiful childhood sweetheart, Jenny (Tarryn Wyngaard), and so tries to focus on writing his stories to impress her, but his gang friends persuade him to join them one last time, a decision that leads to shocking consequences for all of them.

Noem My Skollie is a true big-screen cinematic experience that will keep viewers spellbound in a world that has never before been depicted in such an authentic way.

The film is beautifully shot with intricate attention to the detail and mood of the 1960’s period and presents convincing performances from a host of celebrated South African actors and refreshing new talent.

Most importantly the film is engaging and entertaining throughout and delivers a massive emotional impact.

Noem My Skollie delivers on the themes of friendship, betrayal, forgiveness, acceptance, the desire for a better life, hope and love. The title of the film plays on the old adage that one should not judge a book by its cover and promotes the view that everyone has a gift, even if sometimes hard to find and even if that gift comes at a price.

John W. Fredericks left school as a teenager and spent many years of his youth in jail and yet he has managed in his sixties to write a major world-class screenplay.

This film will resonate with all South African audiences, but particularly those who are able to confront the violent reality of the world of the story and are willing to celebrate the triumph of the human spirit.

The entire script is written in Afrikaans but the film is presented with English sub-titles.

The powerful score was composed by internationally renowned Cape Town musician Kyle Shepherd – winner of the Standard Bank young artist of the year award in 2014.

The cast also comprises, among others, Christian Bennett, Gershwin Mias, Oscar Peterson, Abdu Adams, Peter Butler, Charlton George, Jill Levenberg, Denise Newman, Sandi Schultz, Andre Roothman, Paul du Toit and Irshaad Ally and a stellar performance by newcomer David Manuel who plays the jail-boss and who was still serving his parole whilst the film was being made.

Noem My Skollie was produced by David Max Brown and Moshidi Motshegwa (Maxi-D Productions) in association with M-Net, kykNET the NFVF and the DTI and distributed by Ster Kinekor Entertainment.