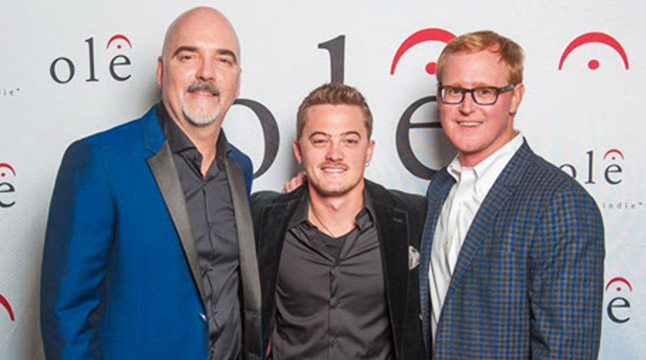 ole, one of the world’s leading independent music publishing and rights management companies, enjoyed a triumphant week in Nashville as a number of the company’s singles and songwriters won ASCAP Country Awards and Country Music Awards. ole songwriters Matt Rogers and Mike Dekle, respectively, earned ASCAP Country Awards for their #1 singles “We Went” by Randy Houser and “One Hell of an Amen” by Brantley Gilbert.

The wins are just the latest successes in an unprecedented year for ole Nashville. The division has secured four #1 hits so far on the country music charts in 2016.

“Our Nashville team is incredibly proud of our artists and songwriters and the tireless work they’ve put in to achieve such high honors in country music,” said John Ozier, Vice President, Creative at ole. “ole has deep roots in the city of Nashville and we saw the talent in Matt and Mike. This week’s awards reflect their commitment to being the very best and ole’s commitment to helping them reach even greater heights.”

ole Digital is a full YouTube MCN partner for all media with over 5B views across publishing, masters and A/V to date.