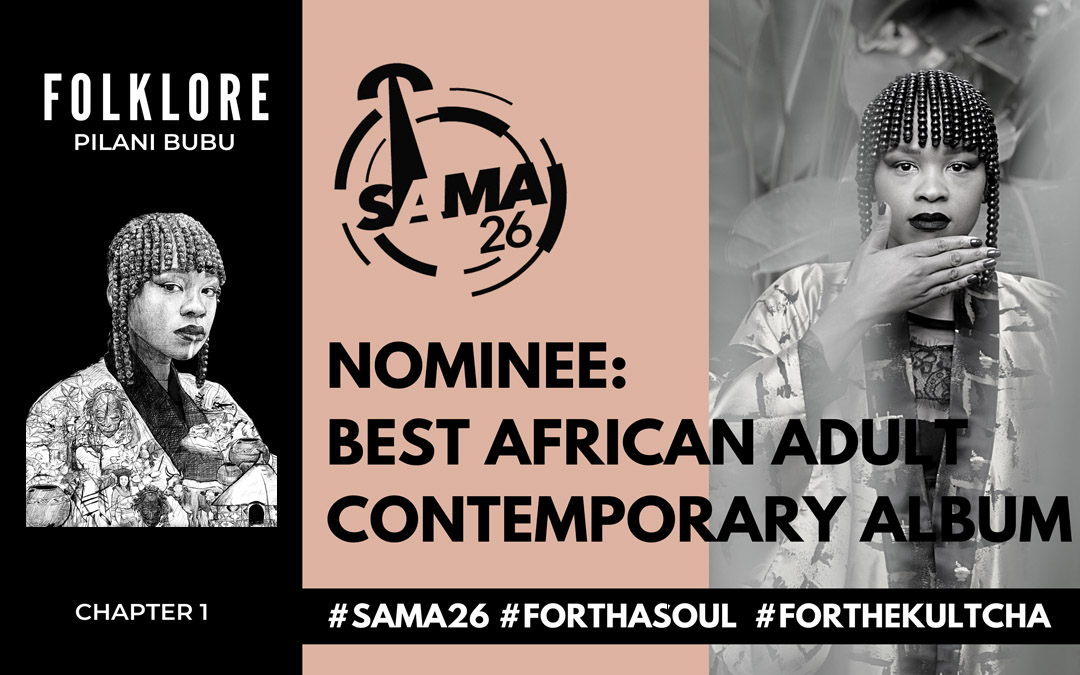 On Wednesday 15th July, The South African Music Awards, announced the nominations for the 26th edition the SAMA’s, amongst the nominees is the conscious story-teller and intentional singer-songwriter Pilani Bubu (36). The contemporary folk-soul Singer Pilani Bubu released her third album ‘Folklore-Chapter 1’ in November 2019. The singer stated that this is a proof of concept for the work that needs to be done in celebrating and preserving our heritage through the technology of music.

“This nomination is an aﬃrmation that this project series, is an important and sacred piece of work, and when done right could serve its intention for more. I am motivated to continue my work in creating more chapters, curating folkloric content, that future generations can cherish, learn and share.” – says Pilani Bubu

The album and its repertoire were birthed from the singer’s international travels and shows. Digging deeper into her roots & origins, Pilani Bubu shares stories of South African people in the modern social context, start thought-provoking conversations about men, women, children in our culture, as well as restoring identity. The music is interweaved with poetry and spoken word, interpreting our folklore.

The project marks the beginning of a social platform: A Folklore community to restore the culture of storytelling in African homes and communities to empower and enlighten future generations with positive constructs and knowledge of ourselves to bring a greater sense of self and conﬁdence.

The album holds two radio singles: ‘Boom Che’ – celebrating the strength of women and ‘Baile’, as response and call to stop domestic violence and the abuse against women and children. Songs play-listed on 45 radio stations across the country.