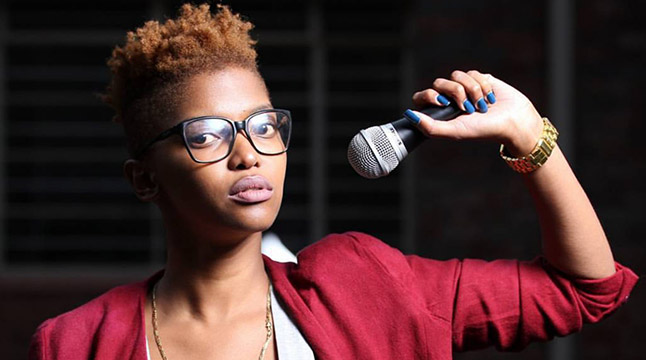 Bongiwe Dlamini also known as Primus Laidee is a remarkable and energetic female hip hop hip artist from Alexandria, North east of Johannesburg. Her love and passion for hip-hop music started at a very young age. Her introduction into writing was through poetry when she was only 12.  Her love for hip hop music grew as years passed until she found herself recording her first single at the age of 21 which led to her first appearance on television on Etv hip-hop show Shiz-Niz in February 2012 for an interview, where she also performed her first single Sugar Honey Ice Tea. This amazing song was also featured on the Local Top 5 on Eldos FM. She later appeared on the same show again a year later for another interview and performance of her second single titled We Do It All.

In June 2012, she featured in a collaboration for a Youth Day song for SABC 1 titled All I Can Be, which featured artists such as Amunishn (the producer), Teepee, Prokid, Driemanskaap and others. A music video for this song was also shot and playlisted on SABC 1 regularly during Youth Month.

She’s performed at places like the AND1 Basketball Tournament, Zonkizizwe Secondary School in Katlehong for Mandela Day, the HIP-HOP2FREEDOM event at Maponya Mall, LIVE on SABC 1, and various social events and hip-hop sessions. In November 2013, she started doing performances at the Basketball National League games almost every weekend from the 17th of November leading up to the semi-finals game.

In 2014, she featured on a song with Chazz Le Hippie titled Right Now. The music video was aired in January 2015 on Channel O’s programs; Crispy Fresh, SA Hip Hop Bangerz, Hit Factory and Zone In, and in February it was on the Yfm Hot99 Hip Hop chart.

Mid-year 2015 Channel O was airing a song with a hip hop artist named Bomvana featuring herself, titled Gqob’izozo, which has been on air since May 2015. The music video was shot by Nicky Campos and the produced by Monde Dube. She became the brand ambassador of Jagermeister South Africa in August 2015!!