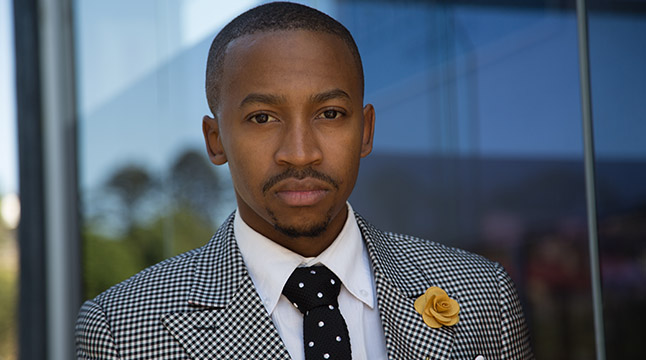 Sandzizo Matsebula aka Sands is a performer of High standards residing from Swaziland. Having studied music for many years under the tutelage of some top musical mentors and producers, Sands has emerged as matured and exceptionally talented songwriter and relaxed performer in his own right

He has been celebrated from all corners of Swaziland and now trickling into South Africa. His rise to fame came with a collaboration with a local Hip-hop poet Qibho where they conjured a track Ntfombatana Lenhle. This very track sold his image well to KFC who both had him as a brand ambassador and presenter for their sponsored show at SBIS Radio Swazi.

At present hit single Vuma has stolen the hearts of fans and potential followers across the southern hemisphere as it has already been enjoying great play listing. Vuma has been included on charts of most South African Radio station. To top it all Vuma was the first choice song for 2015 in Swaziland. VUMA by SANDS CROWNED BEST RADIO SONG OF 2015 in Swaziland, NACA (National Arts and Culture Awards Swaziland) – Sands Male Artist of the year, NACA Awards(Swaziland) – Sands Vuma Best video of the year

Currently he has yet another single titled Tigi which is being used on Isibaya, a telenovela on DSTV.  He has been featured on Real Gobhoza, Selimathunzi and Our Perfect wedding to mention a few. This very song is topping most Southern African radio station charts at moment. It is a true contender for song of the year.

Welcome to the Sheer Publishing Family!