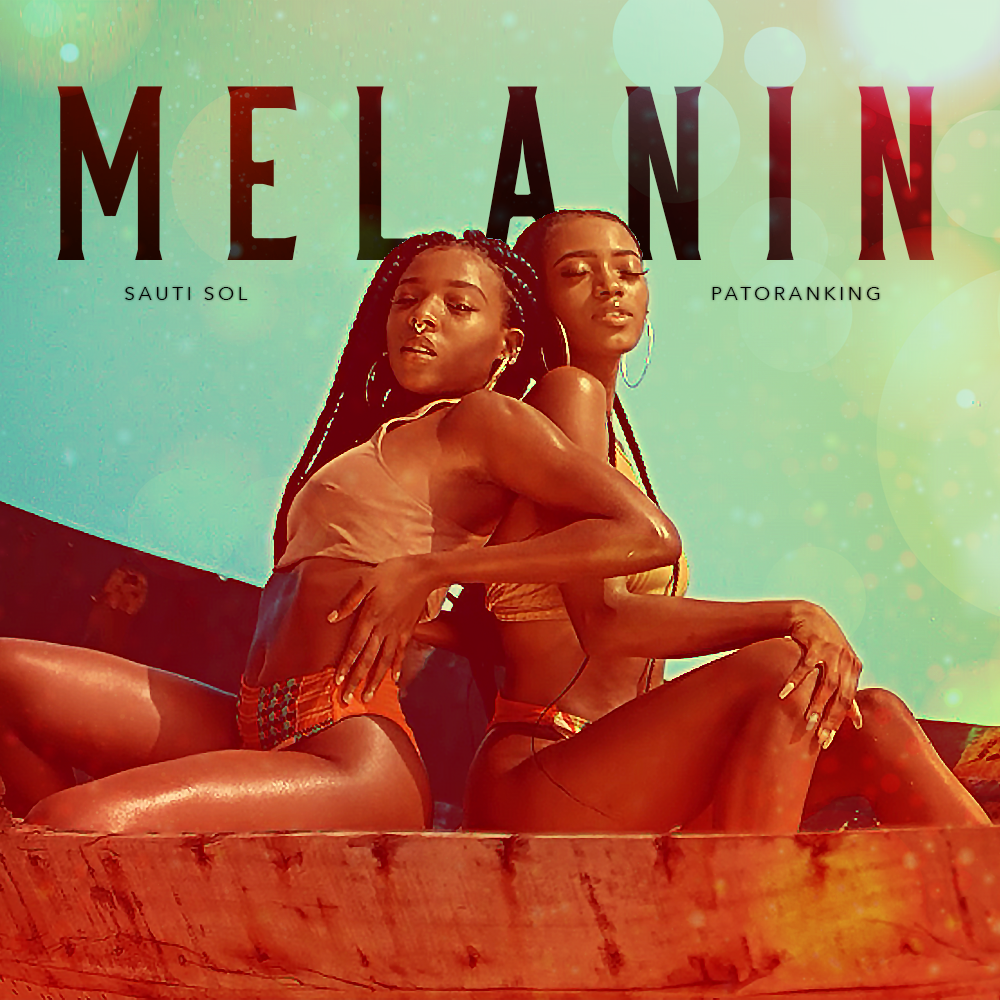 The track showcases Sauti Sol’s authentic afro-pop perfectly fused in R&B and Patoranking’s dancehall magic, giving off the best of both worlds. Having maintained friendship for many years, while watching each other grow into continental greats, Sauti Sol and Patoranking unite in MELANIN to deliver a powerful collaboration with a strong message; celebrating women of color. Africa’s top music video director, Clarence Peters, redefines Afrocentric meets Caribbean vibes in this Lagos shot music video, with rain pouring, slow motion dancing and steamy scenes.

Speaking on the collabo, Patoranking says, “I’ve known Sauti Sol personally for about three years, and I can truly say that we’ve been fans of each other as much as we’ve been friends. I am happy we finally release a track that represents us both in equal measure. We can only go higher! Africa to the World!” For the better part of 2017, Sauti Sol was silently and tirelessly working on the AFRIKAN SAUCE LP across Africa. They say, “We couldn’t be happier to share this news with our fans. Our aim with this LP is to connect Africa through music” revealing, “The LP’s body of work will be a continuation of our LIVE AND DIE IN AFRIKA theme.”

The AFRIKAN SAUCE LP follows the success of Sauti Sol’s third album LIVE AND DIE IN AFRIKA. The LP is a collaborative project that will feature heavyweight music acts drawn from across the African continent. AFRIKAN SAUCE LP is rich and diverse with an array of songs and experiences that will take die hard fans of the group back to the roots of Sauti Sol – that warm resonant pop sound fused with traditional Kenyan influences, creating a mélange of rhythms and melodies. In an unprecedented and valiant move Sauti Sol plan to unveil a song off AFRIKAN SAUCE LP each month, for the next 12 months.

AFRIKAN SAUCE LP is Sauti Sol’s fifth major studio project. They have released three studio albums to date: MWANZO (2008) their magnum opus, SOL FILOSOFIA (2011) that delved into unearthing the true philosophy and soul of Sauti Sol then came the 2015 game changer— LIVE AND DIE IN AFRIKA. In 2012, Sauti Sol collaborated with avant-garde South African artist and producer Spoek Mathambo in a self-titled EP to release their most experimental project to date. The full AFRIKAN SAUCE LP will be released in 2018.

Undoubtedly the biggest music group from Africa this decade, Sauti Sol is an award-winning afro-pop group from Kenya. In 2017, they won Best Group (Africa) at the MTV Africa Music Awards, Soundcity MVP Awards and UK’s BEFFTA Awards. Nominated at the 2015 BET Awards for Best international act Africa. The East African Artists of the Year (2016 Bingwa Awards) and Best African Group at African Muzik Magazine Awards (2015 AFRIMMA) also won an MTV EMA Award for Best African Act in 2014. In 2016 Sauti Sol made history by being the first Kenyan artistes to run a successful and professional nationwide tour, solo.

Patoranking is an award-winning Nigerian dancehall artiste who has made major waves over the last couple years with hits such as “No Kissing”, “My Woman My Everything”, “Happy Day” and “Girlie O”. His unique blend of dancehall, reggae and afro-beats has allowed him to create a distinct sound recognized by many. With his phenomenal vocal command and patois flair, Patoranking has worked with some of Africa’s and the Caribbean’s most respected artistes including Wizkid, Busy Signal, Sarkodie, Machel Montano, Konshens and Timaya. After releasing his critically acclaimed debut album, GOE in 2016 which debuted at #4 On Billboards Reggae Albums chart and with a great start in 2017 completing successful tours in Europe and the Caribbean, Patoranking has undoubtedly solidified himself as a dominant force in the African music industry.

Get MELANIN on Simfy