SA musicians Zakes Bantwini and Nomcebo Zikode have scored their first Grammy Award nomination, along with past winner Wouter Kellerman.

Flautist, producer, and composer Kellerman won his first Grammy in 2014, and this marks his fourth nomination.

Speaking to Sowetan yesterday from Nice, France, Zikode said she was over the moon and shared her nomination with all African female musicians. “I feel incredibly blessed and excited about the nomination, I honestly didn’t expect it to come through so soon but praise God it did,” Zikode said.

“This nomination means a lot to me because an accolade such as this puts African female artists on the map as a whole and I’m grateful that I happened to be the one to hold the torch.”

The 37-year-old singer said the Grammy nomination would increase her chances with international collaborations and hopefully open more doors for her.

“At the time we composed the song, I was in such a great serene space, which can be credited to all the traveling I had been doing these past couple of months. Being exposed to different places and countries helped inspire the lyrics behind the song,” Zikode said.

“When Zakes, Wouter, and I got together and decided to collaborate on a song a few months ago… to our surprise, we made magic.”

“Right now, I’m about to do a show at the Opera de Nice and then heading to Jerusalem next week. My time in America and other parts of the world has been amazing, my band and I performed at carnivals in Miami, Trinidad, and Tobago as well as the Bahamas. In all of this, I also received the keys to the city from the mayor of Miami… so these past few months have been very exciting yet humbling.”

Zakes was equally excited about the nomination. He explained that Kellerman approached both him and Zikode on the prospects of a new song. Shortly thereafter, the trio hit the studio and completed the song in two weeks.

He added that bagging a win will mean that he’s got a stamp of approval for his craft from a prestigious world-renowned music academy, which will live the test of time.

“To think how close I am to having that Grammy now that I am nominated is such an exciting feeling, I can’t put the feeling I have towards this moment as it’s one any musician can truly wish for.”

“This nomination goes to show how one can benefit if you work in unison as artists… it’s a true reflection of the impact collaborations can have in one’s career.” 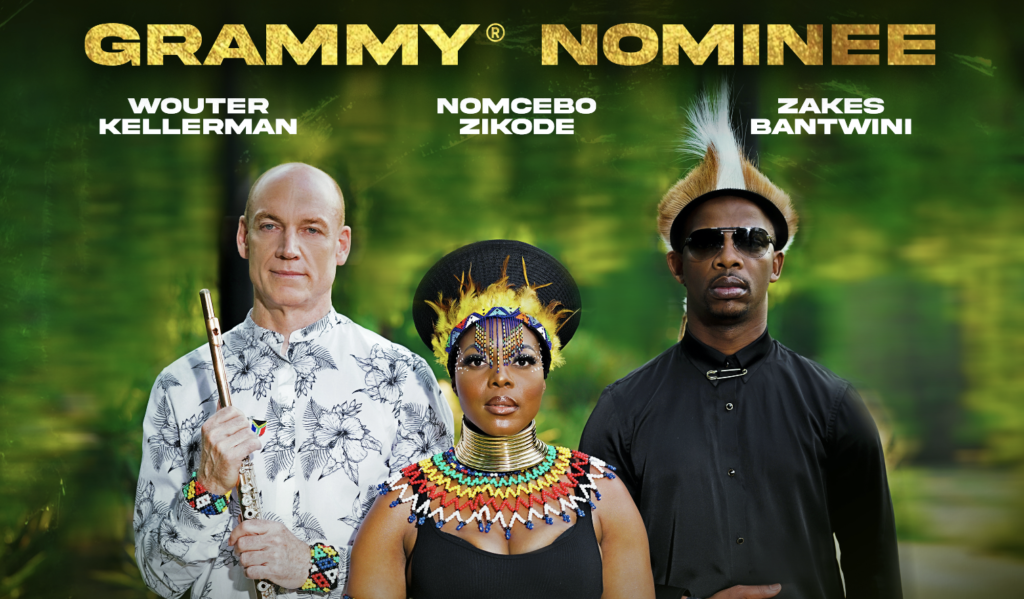