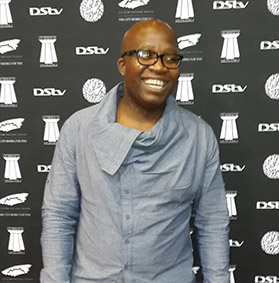 Karabo Motijoane better known as “Mr K ‘’ has been working with business partner David Alexander for well over 17 years. Their journey started working with Tequila Records where Mr. K was working as a Marketing Manager in 1997. Working with Tequila Mr. K was instrumental in releasing artists such as Magic Cactus, Mike Makgalemele, Oom and Stimela. With great foresight David Alexander and Mr. K saw the shift in the music industry and couple of years later Tequila Records was converted to Sheer Publishing where he worked as the Copyright Clerk. At the time there weren’t lot of institutions offering Music Publishing courses so Mr K mostly acquired his experience on the job. One valuable skill that he possessed which could never be learned through any school was his amazing gift for building relationships; this scare skill helped him in signing and working with composers such as DJ Cleo, Skwatta Kamp, and Lloyd Lelosa from the band Stimela.

Mr. K has also played an instrumental role working with composers and clients such as Big Nuz, DJ Ganyani, H2O, Mapaputsi and TS Records. Mr. K is a partner on the record label called The Music Industry which has released artists such as the SAMA nominated Mo Molemi. Karabo Motijoane currently sits on the board for NORM. When Mr Simon Sibanda resigned from Moshito on behalf of NORM, NORM nominated Mr Karabo Joseph Motijoane as (Moshito Executive Member) representing National Organization for Reproduction Rights in Music (NORM), as NORM and SAMRO gave away Mechanical rights collection to CAPASSO. NORM will operate as an MPA (Music Publisher of South Africa) which Mr Karabo Motijoane will still serve on board.

Moshito (The Annual Music Conference and Exhibition) will be held from 4-6 September at the SABC; with focus on the following aspects

We wish Mr. K the very best in a successful Moshito and hope all clients will attend this important conference.