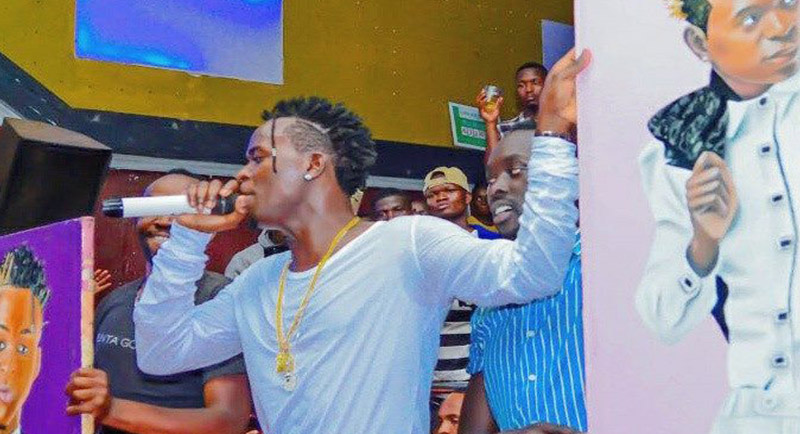 Wilson Abubakar Radido popularly known as Willy Paul, was born on the 04th of February 1993 in Mathare slums. Willy Paul is one of the most gifted Kenyan Contemporary Christian Music artist and songwriter from Kasarani in Nairobi. He is a praise and worship member at Kasarani Church in Nairobi. This award winning soul got himself an award for the Best Male artist of the year in 2013 at the Groove Awards for the Album “Kitanzi. The Groove Awards is the biggest Kenyan Award ceremony.

Kitanzi has amazing range of songs such as ‘Kitanzi’, ‘Sitolia’ feat Gloria Muliro and Mpenzi. Some of his other popular singles are ‘Fanya’, ‘Yes I do’ featuring Alaine and ‘Jigi Jigi’.

‘Jigi jigi’ which is also his latest single, remains number one on all major radio station’s charts and in East Africa at large, this amazing song have also earned him fame internationally. Willy Paul’s songs have continued to do well in the charts to date. In the year 2014 he toured the US where he performed in different events and states.

He is the C.E.O and founder of Saldido records, which was recently launched. He aims to record and mentor at least five new acts under his record label as his way of giving back to the community. Willy Paul has also started an organization in Mathare where he grew up, to assist children and the needy with access to basic education and health care.
Sheer Publishing welcomes you!