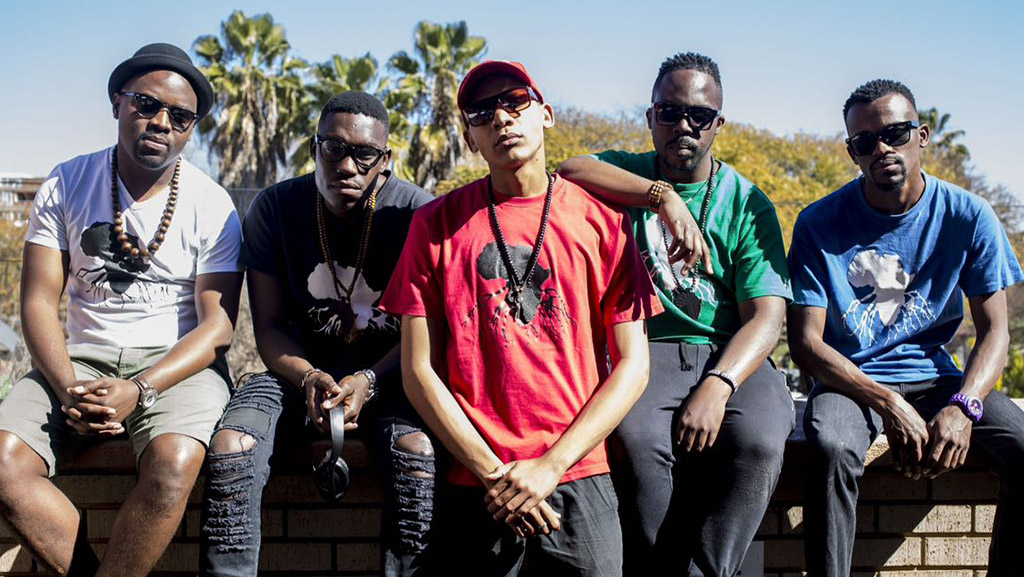 The courageous story of Afrikan Roots began in 2009 when the group’s founding member Kenneth aka ‘’Nyekx” Manyemula decided to form his very first house music band known as Black boys, this later changed to Black Motion. The group was signed by (Sheer Music) the house label; they have since parted ways before they hit the big mark in the local music scenes in 2011 with the hit song, “Set Me Free. Black motion is now left with two of its original members. Although the break up may have dashed the immediate dreams of the other members of the band who were left out, it did little to stop the aspirations of its founder, Nyekx, who is more determined than ever to see his newly formed band Afrikan Roots make it to the very top of the local music scenes.

The group now comprises Kenneth Manyemula (Nyekx), Katlego Mabasa (DJ Maspila), Nkosinathi Nkosi (Jay Sax), Musa Mmotsa (DJ Mosco) and Mercedes Boshego. The talented five have let go of the past obstacles and are moving forward in a way many of their peers will admire. They are creating hit after hit and are gaining so much popularity in the house music scenes. Their most recent songs are Ko Morago and Mosadi.

They group have also did the following collaborations with local DJs’: