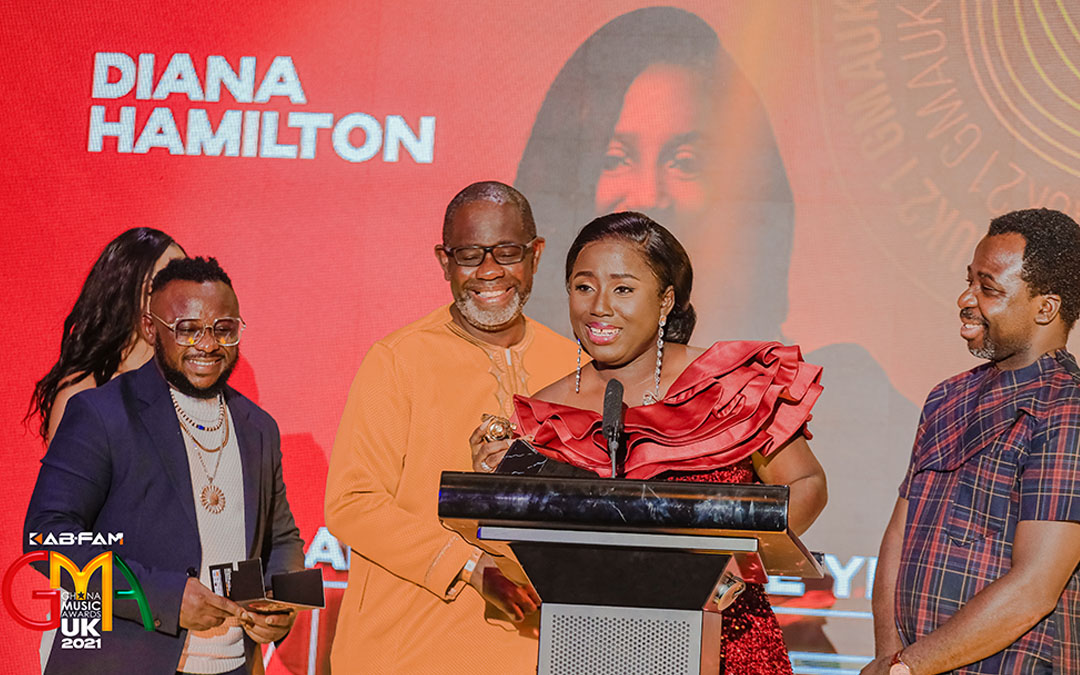 The Ghana Music Awards UK (GMAUK) 2021 took place on 9 October at The Royal Regency in the United Kingdom. With performances from the likes of Kofi Jamar, Gyakie, Fameye, Kweku Darlington, and more, it is no doubt that the event was well attended by both Ghanaian artists and their representatives.

Also in attendance, and all the way from South Africa was Seidu Iddrisu from Sheer Publishing (South Africa’s largest independent publishing house). Seidu is the Senior Copyright Administrator and Client Liaison for West and Central Africa. Not only was Sheer Publishing a sponsor of the event, but Seidu was also granted the opportunity to present one of the most highly respected categories – Gospel Artist of the Year. The award went to none other than Diana Hamilton.

Diana Hamilton is a Ghanaian gospel musician with several awards to her name. In March of this year, she was announced one of the Top 30 Most Influential Women in Music by the 3Music Awards Women’s Brunch.

Since religion is such a large part of the Ghanaian culture, Seidu felt incredibly honoured to present this award to Diana, describing it as a career highlight.

Born and raised in Tamale in the Northern region of Ghana, Seidu relocated to South Africa in 2002. Since then, he has been working extensively with artists across the globe, spreading African music across Western countries, and initiating collaboration. Sheer Publishing are actively at work in African countries, particularly Ghana, bringing music copyright education to the music community to ensure musicians are being compensated for their works.

Now in its fifth year, the honourary event acknowledged works released during the period 1 April 2020 to 31 March 2021.

The GMAUK was created to highlight and celebrate the achievements of Ghanaian artists living in Ghana and the UK and to continually encourage collaboration between the two countries, creating opportunities for cultural exchange.