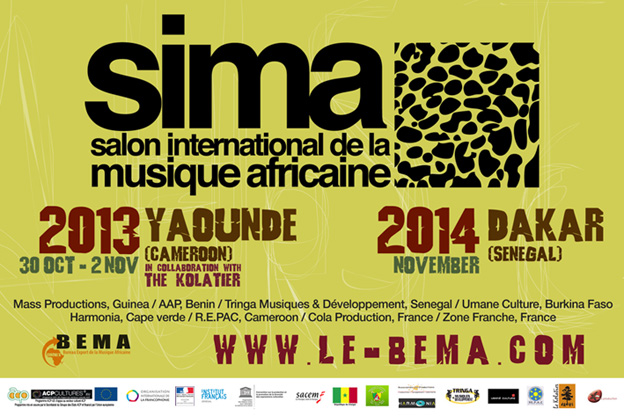 Sheer Publishing Africa sent 2 representatives to attend the seventh edition of SIMA, hosted by the Kolatier in Yaoundé, Cameroon. This is an annual African Music Market conference which was held for a week starting from 30 October to 2 November 2013.

Three professional meetings and four round tables were held in this edition of the SIMA. These activities had objectives to contribute to structuring the professionalization and promotion of African music. The meetings were divided into public debates on topics central in the development of African music, its export and its economy through information and communication technologies (ICT). It also approached the development of panels on effective South and North collaboration. Harmonization of actions would bring an added value necessary to hatching the African music and the professionalization of its artists across the globe.

The issue of SIMA, travelling project that takes its ilk as part of a festival or a market of African music, is located on a highly political and diplomatic level. Trade meetings and round tables were frank and intelligent in a way to achieve constructive perspectives. Discussions have also shown a level of commitment of each of the stakeholders to move the lines of a more integrated African music on the Continent and to better export the artists on the continent and elsewhere.

The next SIMA conference was confirmed for end of October 2014 in Dakar, Senegal.