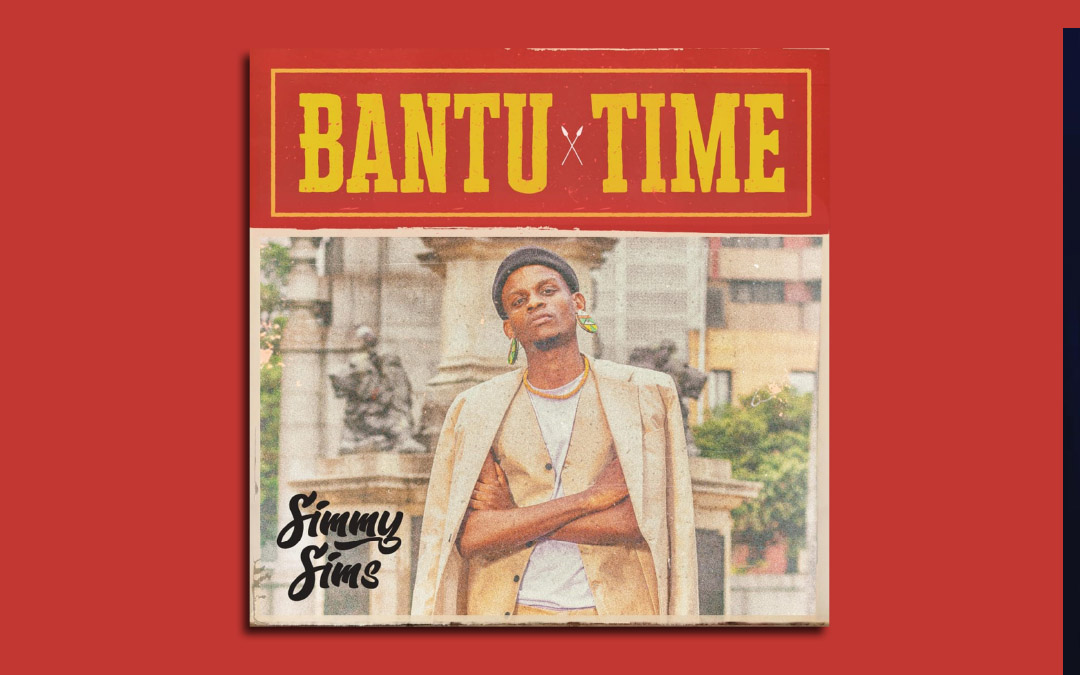 ‘Bantu Time’ is the debut independent release of Simmy Sims, which was released in late November 2020. The album is a genre-bending body of work that Sims has coined ‘Township Pop’, a fusion of ethnic and eclectic modern African sounds including Isicathamiya, Mbaqang’, High-Life, Kwaito, and AmaPiano.

The album comes almost exactly a year to the day his first single “EThekwini” got its official release… The single was well-received even making it on to seven (7) Spotify and Apple Music editorial playlists respectively. At the time of writing, EThekwini has just well over 65k streams across all DSP’s.

One of the highlights that came from the single happened in early June 2020, when Simmy Sims had the opportunity to do a cameo on one of the country’s biggest TV drama series Rhythm City(viewership of +-3mi//ion). During his scene, he portrayed himself performing the single EThekwini.

Due to unforeseen circumstances of the pandemic, the slated album took too long to finish and thus gave birth to the idea of ‘Bantu Time’.

During his listening session in Durban, Simmy Sims was quoted as saying; “the album is titled ‘Bantu Time’, partly due to it coming out later than I had envisioned after dropping my single, but most importantly! It also speaks to the times showing favor to African Artistry at all levels”.

Since the release of ‘Bantu Time’; Three (3), more songs from the album have gotten additional Apple Music Editorial playlists. Moreover, radio stations are also starting to playlist the single “Without You”, after this much-anticipated release.