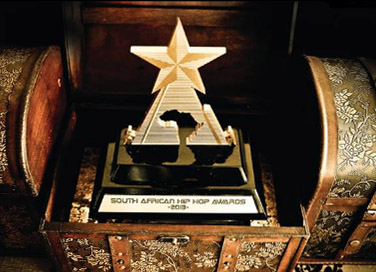 Sheer Publishing would like to congratulate its clients for the nominations for the 2nd Annual SA Hip Hop Awards.

Taking place at the Alex Theatre on the 27th of November 2013 the SAHHA promise to be a spectacular show. Leading the pack in the nominations list is administered client Cassper Nyovest with five nominations including Song of the year and Best Freshmen (newcomer). Followed by new administration client Wreckage Productions, one of the most respected Hip Hop DJ’s in the country DJ Switch with three nominations including Best DJ and Best Video.

Long time client Pysfo has finally received his long overdue recognition as a producer with his nomination for Producer of the year. Another long time clients Maggz has been nominated for Best Collaboration and Best Video for his feature on the track Heaven in which he collaborated with Da LES and AKA. A special recognition goes to another long time client who is mostly known for his work in the house music arena Jerah for featuring in these awards. Jerah’s song entitled Mawe was sampled by Hip Hop star AKA in his single Kontrol which has been nominated for Song of the year.

Congratulations to all the nominees and hope you get all the votes to win!!!