Wednesday’s Johnnie Walker Red Hot Jazz at the Bassline is celebrating Spring with a fresh young recording artist to blow you away. 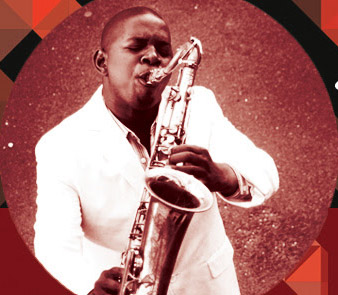 In support of his debut solo album “Healing Africa”.

Mozambican saxophonist and flautist Orlando Venhereque started his music career playing clarinet in 1991 at Escola Nascional de Musica, Maputo, Mozambique where he studied classical music. After 4 years he left and embarked on various workshops and private jazz lessons with a number of local and international musicians and professors. In 1997, he moved from clarinet to Saxophones and flute.

He has performed with the likes of Jimmy Dludlu, Sibongile Khumalo, Marcus Wyatt, Judith Sephuma, Tucan Tucan, Hassan’adas and Loading Zone to name but few. Over the years he acquired knowledge in jazz, improvisation and world

During 2010 he played with Hassan’adas, at Casa Little Brazil, in Sea Point for the FIFA World Cup. In 2010-2011, Orlando Venhereque produced and recorded his debut album. The album was recorded in Cape Town and it’s a mix of rhythms from Southern African courtiers, contemporaneous Afro Beats and Afro-jazz beats.

***COMPETITION***
We have 10 CD’s and 10 double tickets to giveaway for #RedHotJazz with Orlando Venhereque Quartet tomorrow night. Hop on over to our Facebook Page and enter the now!