We attended WOMEX in Cardiff 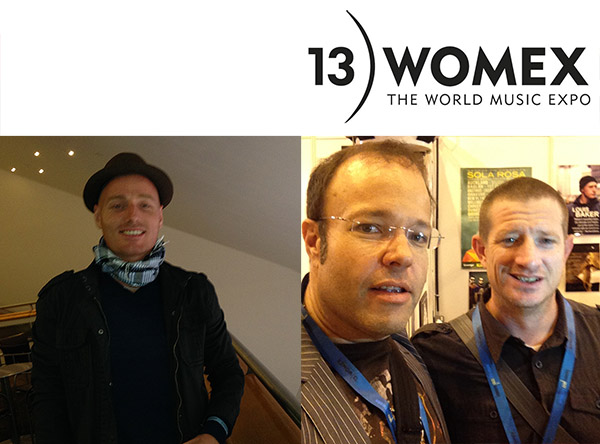 WOMEX 13 in Cardiff, Wales, UK, came to a close on Sunday, 27 October after five days and nights packed with busy global networking, inspiring encounters and the best of local sounds ranging from strictly traditional to purely electronic. Acknowledged as the most international hub of all professional music meetings worldwide in general, and as the most important annual meeting point for the world music community in particular, WOMEX brought 2,250 delegates and more than 300 artists from 100 countries altogether to the Welsh capital. Having attracted 550 music professionals from the UK, this year’s host country formed the strongest delegation at the event.

Importing and exporting to and from Asian and African territories with a combined population of over 2.5 billion people and creating win-win business deals for all to prosper. How do Asian and African musicians, composers, songwriters and music companies make money on their own soil? How do they create international revenue streams and how can non-Asian and non-African music companies and musicians enter these markets and succeed long term?

The session was well attended and no seats were open 5 minutes into the joint presentation – which will be available on our website in the next couple of days as a resource.

David also participated in the speed dating session – meet the South Africans at Womex which was well supported by the conference attendees.

Pictured (L) are our client and artist Mizungu Kitcha from Tanzania at the Millennium Centre, Cardiff and also (R) David Alexander with Kevin Stuart from Breakout Management at the tradeshow.

Our client and artist Mizungu Kitcha from Tanzania at the Millennium Centre, Cardiff