Zahara has the platinum touch. 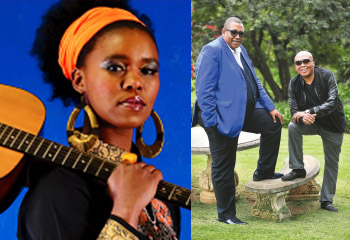 It has sold over 100 000 copies, repeating the success of Loliwe, which also went platinum. Zahara has stated that the title song on the album, Phendula, was a prayer for Africa.

Working with the legendary Mzwake Mbuli on a tribute song to Nelson Mandela of which they performed at Tata Madiba’s memorial service; Phendula is showing to be an evergreen album for years to come.

Congratulations to Robbie, Mjakes and Zahara for a job well done, Sheer Publishing is proud to be associated with you!